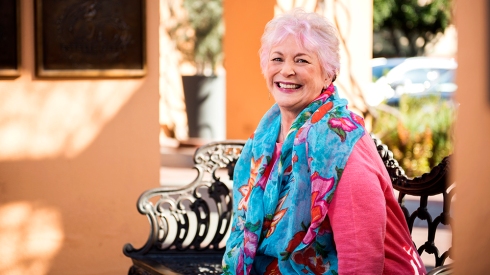 Even though they made their debut together, Minnie Mouse has rarely been celebrated as much as Mickey. Last year marked Mickey’s 90th birthday, a tremendous achievement, but seldom was it mentioned that his beloved Minnie was also celebrating a birthday too. Such has been the case with Minnie as she started off as a fixture of Mickey Mouse shorts, but slowly saw her star fade. When Mickey and the gang made their big return to the world of cinema with Mickey’s Christmas Carol in 1983, Minnie was there as always at his side. Unfortunately, she was the only one of the classic characters who appeared in that film to not have a single line or word of dialogue. She was practically invisible.

That changed in 1986 with the hire of Russi Taylor as the voice of Minnie Mouse. Taylor was already known to the world of Disney as the voices of Huey, Duey, Louie, and Webby on DuckTales. Taylor likely voiced Minnie for theme park segments and attractions initially, as the world would be properly introduced to her version of Minnie via Who Framed Roger Rabbit? in 1988 as well as the NBC television special Totally Minnie that same year. Taylor’s high-voiced, but sweet tempered, version of Minnie was an instant success, a perfect fit for the venerable mouse. And she held onto that role for the rest of her days, voicing Minnie on the small and big screen in hundreds of features. 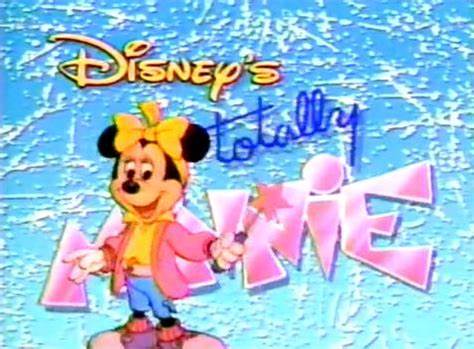 Totally Minnie was essentially a reboot for the character.

Because of her contribution to the company and her role as the voice of Minnie Mouse, Russi Taylor was recognized as a Disney Legend in 2008. Also receiving that same honor that day was her husband, the late Wayne Allwine who had been the official voice of Mickey Mouse for decades. It was a tale too perfectly sweet for this world as the voices of Mickey and Minnie found happiness and love in each other’s arms.

I had never met Russi Taylor or had an interaction with her, but based on what I’ve seen in interviews over the years I get the impression she was a very humble woman. She would insist that Minnie is the star and she was just there to give her a voice. I must respectfully disagree for Minnie would not be the character she is today without Miss Taylor’s contribution. Her Minnie is wonderfully versatile. She can be the sweet-natured mentor to children everywhere via The Mickey Mouse Clubhouse as well as a songstress. She demonstrated more recently her knack for comedic timing with her more manic and bubbly version of the character for the present line of Mickey Mouse shorts. In those cartoons, Minnie has finally become her own character capable of being funny and entertaining without playing off another character. Her star rivals that of her famous partner and others – she’s that good! If you’ve been sleeping on those wonderful cartoons then you owe it to yourself to check them out. 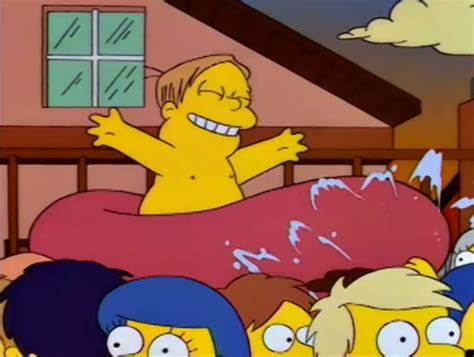 The role of Martin Prince may be retired following Taylor’s passing which has been the custom for The Simpsons.

Beyond Minnie Mouse, Taylor had many contributions to the world of voice acting. She was in-demand if you needed someone who could pull-off a convincing child or needed to provide words to a kind-hearted woman. Her most famous non-Disney role (well, until recently) is likely that of Martin Prince on The Simpsons. Martin was often called on during the show’s golden years to provide a laugh, often at the character’s suspense, and Taylor always delivered. She was also the voice of twins Sherri and Terri on the same show, a smaller role, but one still often proving to be very funny. 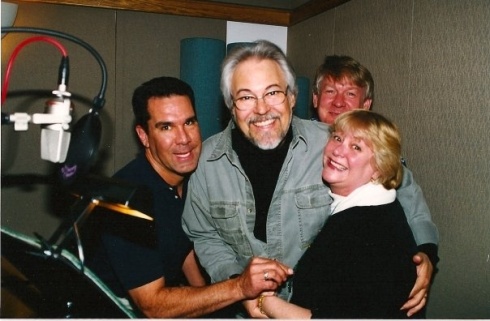 People my age have grown up with these individuals serving as the voices for the iconic Disney characters. Left to right:  Tony Anselmo (Donald Duck), Wayne Allwine (Mickey), Bill Farmer (Goofy), and Russi Taylor (Minnie).

Russi Taylor has been a presence in the media I consume for basically my whole life. I’ve never really known another Minnie Mouse, and the same is obviously true of my kids. I have a daughter who will be turning 3 in the fall and Minnie Mouse is her world. She often requests, no demands, to wear a Minnie dress daily. When we took her and my son to Disney World for the first time this past winter, she was playfully shy with all of the characters she met, basically sticking close to mom or dad and waving from a distance. All except Minnie, of course. She ran to Minnie and gave her a big hug. I wasn’t sure we were going to be able to get her out of there. It was a heart-warming moment, and I have to believe part of my daughter’s love for Minnie can be credited to the performance of Russi Taylor. 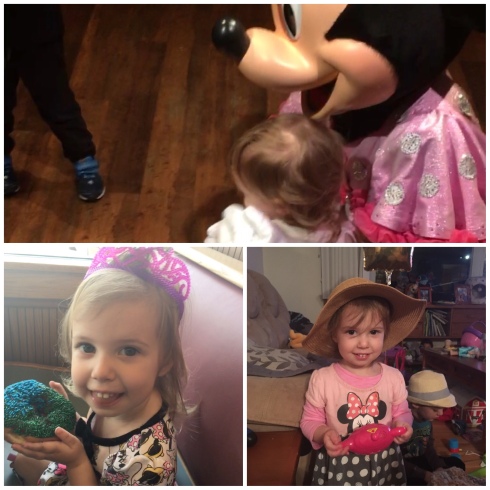 My own little princess would be devastated if she knew that Minnie Mouse had passed away.

Russi Taylor passed away this past Friday at the age of 75. I don’t know how the news was received by those who knew her in life, but for fans it came as a shock. Images of this happy, smiling, woman flooded my mind when I heard the news, then came the images of all of the voices she provided. Her legacy is incredible, and my condolences go out to her friends, family, and colleagues who must all be hurting right now. Many of them have expressed some wonderful sentiments all across social media and through entertainment channels. I encourage you to seek them out. I don’t think it’s hyperbole to say that Russi Taylor was the best Minnie Mouse yet. I mean that as no disrespect to the women (and man, as Walt himself once voiced her) who came before her. Someone out there is about to land the role of a lifetime, and they’ll have some big shoes to fill.

There are likely more cartoons to come featuring Taylor, as well as episodes of The Simpsons. A new attraction will be opening at Disney World’s Hollywood Studios soon, a ride featuring Mickey and Minnie which is something that is long overdue. Her voice will be featured there likely for many years to come. It wouldn’t surprise me in the least if the ride ends up being dedicated to her and will hopefully serve as one of many enduring tributes. The last Mickey cartoon released before her passing, Carried Away, also strikes me as a fitting farewell. It features Russi Taylor’s singing as Minnie, something the writers of these shorts seem quite fond of because she does it so well. It contains a great twist of an ending that encapsulates the modern spirit of Minnie Mouse so see if you can watch it without having a tear come to your eye. I know I can’t. 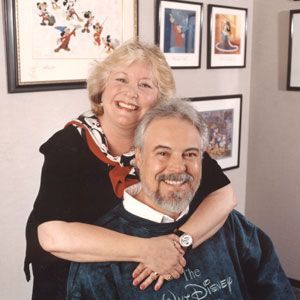 This entry was posted on Sunday, July 28th, 2019 at 3:52 pm and tagged with bill farmer, disney, martin prince, minnie mouse, russi taylor, the simpsons, tony anselmo, wayne allwine and posted in Film, Television. You can follow any responses to this entry through the RSS 2.0 feed.
« TROGDOR!! The Board Game
NECA San Diego Comic Con The Capture of Splinter Action Figure Set (TMNT) »