The Amazing Spider-Man and Reboots 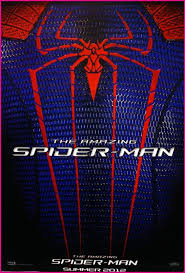 There are two big superhero movies set to hit theaters this summer.  One, The Dark Knight Rises, figures to close out a trilogy that could go down as the best superhero trilogy ever conceived to this point (and one of the all-time best trilogies in general).  The other, The Amazing Spider-Man, hopes to launch a new franchise that could one day be among the best.  The two films are not very similar, but The Amazing Spider-Man hopes to do for Spider-Man what Batman Begins did for Batman.  That’s a tall order and complicating things is the fact that not a lot of time has elapsed between the original Spider-Man film franchise and this new one Sony is looking to start.

How much time needs to pass between two films based on the same property before a reboot can be introduced?  A reboot refers to a new beginning for a character.  The Amazing Spider-Man will ignore the three previous Spider-Man films directed by Sam Raimi.  When it hits theaters it will have been 5 years since Spider-Man 3 was in theaters.  For Batman Begins, 8 years had elapsed between that film and the most recent Batman film before it, Batman & Robin.  In the case of both, these new films are arriving after the last one was poorly received, though to different degrees.  Batman & Robin was panned by critics and filmgoers alike.  There is almost nothing positive that can be said about it.  It was the sequel to Batman Forever, a film that received a mixed reaction, and was also the fourth film in a line of movies but introduced its third actor to play the starring role.  There was little continuity in that series following Batman Returns and every film seemed to be worse than the one that preceded it.

For Spider-Man, Spider-Man 3 returned the same cast and crew as the previous two.  The first film was received warmly and accomplished what it set out to do, and the second was roundly praised as one of the best comic-to-film adaptations ever.  Spider-Man 3 had a lot to live up to, and though it was not as good as the first two, it actually has a “fresh” rating on rottentomatoes.com, albeit barely so.  It wasn’t a terrible film, but it was a mess of a movie that encountered numerous problems.

What the Hell were they thinking?

I’m not sure if it was the intention from the start, but it felt like going into Spider-Man 3 that this could be the endpoint for the Rami directed movies.  The third one rounds out a trilogy and there seems to be a natural tendency to view films within a franchise in groups of three.  I’m not sure why, but that tends to be the reality of things.  The main actors were originally signed for three films so a potential fourth one was likely to get expensive.  As such, both Raimi and Sony/Marvel tried to cram everything into Spider-Man 3 they ever wanted to address on film.  From the onset, Raimi and star Tobey Maguire had mentioned they liked The Sandman and wanted to get him into a film.  There was also the Green Goblin plot which developed over the course of the first two films that had to be addressed in the third.  And then there was Sony and Marvel (and to a certain extent, the fans) who wanted to see Venom make his big screen debut.  If they had bothered to do any fan research though, I think they would have found most fans would not have wanted Venom in this film and would have preferred to see him introduced slowly across multiple films like he wan in both the comics and television show.

It’s no surprise then that Spider-Man 3 became a bloated mess.  Raimi tried to bring everything full circle for Peter Parker by revealing another piece of the puzzle where Uncle Ben’s murder was concerned.  And not content to let Mary Jane and Peter have a conflict free movie, he put a lot of focus on their relationship and tried to create a love triangle with Harry, the New Goblin (who looked ridiculous).  And then they had to get Gwen Stacey in for some reason, and introduce Eddie Brock and the black costume.  The fact that the movie actually does have a coherent plot is some-what commendable, even if it’s not a good one.

The film made a ton of money riding on the strength of the franchise more so than on the merits of the film itself.  The ending tied up some loose ends for the trilogy, mostly the Green Goblin story, but left things open where MJ and Peter were concerned.  I hated this ending, though the film did such a good job of making both Peter and MJ unlikable that I really didn’t care what became of their relationship once the credits began to roll.  Because it did make so much money, there was some speculation that Raimi and the main cast would return for a fourth film.  Things appeared to be moving in that direction until Sony abruptly cut ties with all involved.  This actually was met with a positive reaction by the fan-base, or seemed to be.  Fans actually seemed on board with a reboot of sorts for Spider-Man, partly because the existing films seemed to lose their way with all the melodrama thrown into the films, and because the Venom character was so thoroughly botched. 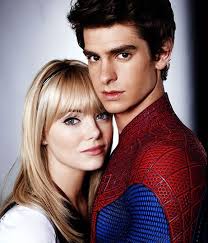 A fresh start was definitely in order, but I’m not sure if The Amazing Spider-Man is what fans had in mind.  This new film is copying the Batman Begins formula perhaps too much by re-telling Spider-Man’s origin.  When Begins came out it had been well over a decade since Batman in 1989 and his origin really wasn’t explored in as great of detail as Begins set out to do.  With Spider-Man that’s not the case.  This film does give film-goers a look at Peter’s parents, which was never addressed in the previous trilogy, but it also goes through the whole bitten by a spider thing again.  I don’t speak for everyone, but I have no interest in seeing that re-hashed.  The film’s main villain is going to be The Lizard, who supposedly would have been the villain had Raimi’s franchise continued for a fourth film as well.  He’s another scientist with good intentions who has a horrible accident that leads to him becoming a super-villain.  That type is quite common in the Spider-Man universe, but The Lizard may be one of the most boring.  The film could portray him differently than most mediums, but for the most parts he’s just a mindless rampaging creature that tests Spider-Man physically, not so much intellectually.  He’s been around for a long time so he’s had other portrayals, but that’s the basic one.

If this isn’t the reboot fans were looking for, then what was?  Well, I think fans would have been happy to see a new actor dawn the red and blue tights without an origin story.  The film could have still ignored the Raimi trilogy and laid the groundwork for a new one.  It makes sense to go with a villain that wasn’t captured in the first three films already to provide some added freshness, though I’m not sure The Lizard was the right one.  Ideally, Eddie Brock would be in it to set the stage for Venom in a later film, but a main villain would be needed for the first one.  A grounded, real world type of villain might have worked best just to get away from the whole science gone wrong angle.  He may have shown up in Daredevil already, but The Kingpin could have been utilized again, maybe even the Spider Slayers?  The plot could show how Spider-Man, portrayed as a teen out having a good time stopping muggings and other petty crimes, confronts an enemy far more dangerous than anything he’s confronted before.  Kingpin could even have a lackey to beat the tar out of Spider-Man, someone like Hammerhead, Tombstone, or The Rhino. 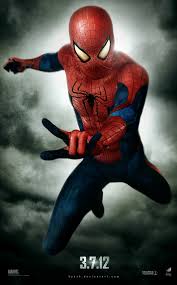 The new costume has a Ben Reilly feel to it. That's not a good thing.

Or my concerns could amount to nothing.  It’s not impossible that The Amazing Spider-Man turns into a great movie, though I don’t consider it likely.  Maybe I’m just being pessimistic, but this thing looks dead in the water.  I expect it to do well at the box office, but perhaps not so well critically.  This may just end up being the example of what not to do when rebooting a franchise.  It has a “too soon” feeling already, and if a large chunk of the film’s run time is spent going over things the previous films already covered people may react negatively.  Then again, maybe the casual movie-goer doesn’t care and just wants to be entertained.  Spider-Man bouncing around and wailing on a CGi Lizard may delight audiences, and a lot of people seem to like Emma Stone who plays Gwen Stacy (whom has the misfortune of expectation as comic fans will basically just be waiting for her to die).  The trailer is linked below, so you can form your own early opinion on the film.  Mine seems obvious, but in the interest of spelling things out, I don’t expect this to end well.

This entry was posted on Sunday, February 26th, 2012 at 11:35 am and tagged with batman, marvel, reboot, sam raimi, sony pictures, spider man film, spider-man, the dark knight rises and posted in Comics, Film. You can follow any responses to this entry through the RSS 2.0 feed.
« Danzig: Thrall-Demonsweatlive +
Greatest Games: Castlevania: Symphony of the Night »