I mentioned in my look at Batman’s best films that I had gone into total lockdown mode for The Dark Knight Rises.  I got off of social media, stayed away from review sites, and just basically blocked the world out where Batman was concerned.  I wanted to walk into this film with an unformed opinion.  I wanted to be outside the hype.  The first two Christopher Nolan directed Batman films are fantastic.  That’s not to say they are instantly in the running for best movies ever, but in the world of entertainment (and comic book adaptations especially) they are certainly worthy of the highest praise.  The hype surrounding The Dark Knight was intense, and the film actually lived up to it.  I assumed the hype could only grow louder for the trilogy’s conclusion.

It’s a poorly kept secret in Hollywood that trilogies often end badly.  I won’t cite examples as I don’t want to distract from the review of this film, but I’m sure most people reading this can think of at least one trilogy that lost a lot of luster in the third and final act.  And I don’t consider this a spoiler since it’s been stated numerous times by both Nolan and Batman himself, Christian Bale, that this is it for the two of them where Batman is concerned.  And since it was reportedly never a sure thing that Nolan would even return for a third film I’m going to take the both of them at their word.  Warner Bros. may back a truckload of money up to both of their doorsteps but I think this is it.  And if you’re a concerned fan fearing that Batman may end up like Spider-Man (there I go, making an example), worry not:  The Dark Knight Rises delivers.

If you’re concerned about spoilers, this is a spoiler-free review.  Basically all of mine are, even for films that are over ten years old.  With that said, I’m going to talk about the plot to some degree and anything in the trailers or that is considered common knowledge (basically anything I knew going in) is on the table.  If you want as pure an experience as possible though, I do recommend doing what I did and avoid all reviews until after you’ve seen it.  If you’re a Batman fan or just a fan of either of the other two films, you should definitely see this.

Easily the most iconic image of Bane from the “Knightfall” arc.

The movie starts out in a similar manner to The Dark Knight; by introducing the main antagonist for the film.  In this case we have Bane, played by Tom Hardy.  For those of you unfamiliar with Bane, you don’t need to know anything about him going in.  For those who do, know that this is a much better incarnation than what was presented in Batman & Robin, though I imagine that goes without saying.  Many writers of comics, television, and even video games have often chosen to focus on the brawn that is Bane.  That’s to be expected as Bane first and foremost exists as a physical threat to Batman.  He is someone Batman can’t simply engage in a one on one fight and expect to beat, unlike most of his rogue’s gallery.  However, Bane has a tactical side to his character which makes him especially deadly.  The film wishes to display Bane in that light, though don’t worry, he still possesses impressive brute strength.  The character was introduced in the “Knightfall” story arc from the 90’s, which makes Bane a rather recent addition to Batman’s rogue’s gallery when compared with others.  Some of that persona is adapted here, and some of the plot from that arc is as well, which kind of surprised me though I suppose it shouldn’t have.

In the comics Bane is a big guy made bigger when he pumps a fictional type of steroid into his noggin called venom.  In this film there is no such serum and the many tubes going into the character’s head are not needed.  He does sport a mask, though it looks more like a gas mask than the luchador style one he wears in the comics.  The mask does serve a purpose, though the film never makes it clear.  I assume he can survive without it since a guy’s got to eat.  There’s no way he can get a physique like that living off a liquid diet.  The mask necessitates his speech to be dubbed.  Early viewings of the initial teaser for the film left several fans complaining about how inaudible Bane’s speech was.  I assume Nolan wanted to go a realistic route with the character, but pressure from the audience did apparently bring about change.  He’s not always clear in the picture, but his voice is quite loud and almost jarringly so.  It reminds me of Shredder’s voice from the first Teenage Mutant Ninja Turtles film.  It may not be realistic, but it beats the alternative.

In the trailers we are shown not just Bane, but Catwoman (Anne Hathaway) as well.  Her lines to Bruce Wayne at a costume ball recall some of the sentiments being thrown about in the Occupy Wall Street movement from last summer.  And yes, that is part of the film’s central plot, to a degree. 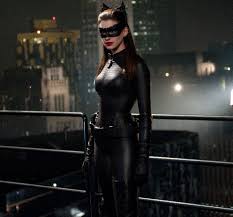 Campy? Perhaps, but given the source material I think they did all right.

After Bane is introduced in a most menacing fashion, we are taken back to Gotham where eight years have passed since the death of Harvey Dent.  Bruce Wayne has become a recluse and all of those years playing Batman have taken a toll as well.  The cast from the previous films is returned.  Gary Oldman is back as Commissioner Gordon and Michael Caine as Alfred.  Morgan Freeman is there as well and there’s a couple of new comers in officer Blake (Joseph Gordon-Levitt) and Miranda Tate (Marion Cotillard).  The three veterans of the films are just as good as always, with Caine especially being effective as Alfred.  I feared the Alfred character would get too preachy, and almost too omnipotent much like Rosemary Hariss’ Aunt May in the Spider-Man films, but my fears proved unfounded.  The new-comers serve a nice role with the Blake character mirroring Gordon’s from Batman Begins.

Tate is an ally to Bruce in his corporate life, which we soon learn is not going well.  With Gotham now at peace and organized crime all but exterminated, there’s no need for Batman so Wayne tried devoting all of his resources at Wayne Tech to making the world a better place.  In doing so he has stymied profits but Tate seems to share his outlook.  Selina Kyle, aka Catwoman, makes her presence felt early on as well by swiping some jewelry from Wayne which gets her into the story.

I was on the fence about the Catwoman character being used here and thought the film may become too crowded, but again my fears are mostly unfounded.  While there are a couple of scenes between Batman and Catwoman that border on camp, the film soon remembers what it is and distances itself from any such thing.  In the comics, Catwoman is known for being a tweener in that she isn’t really a villain but isn’t necessarily a hero either.  In TDKR she’s played pretty much the same way.  Her character is definitely adapted in part from Frank Miller’s Year One arc, which was used as a basis for Batman Begins, minus the prostitution angle (which DC has always tried to distance itself from). Her character views herself as a sort of Robin Hood, though her motives are entirely selfish.  She gets herself mixed up with Bane, which is how she stays in the picture.  And her presence doesn’t crowd anything or take away from the film’s hero, Batman.  He’s in this one just the right amount, and his heroic appearances are staged exceptionally well. 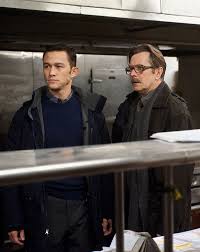 Gordon-Levitt’s Blake is a welcomed addition to the cast.

The main plot for the film involves Bane trying to basically pick up where Ras al Ghul left off and bring down Gotham.  He infiltrates the corporate sector, the market, and even the physical infrastructure of Gotham itself (as evidenced in the trailer).  Make no mistake, he’s a real threat to the city in an even bigger way than Ras could have hoped to be and his motives and actions help tie the trilogy together.  A lot of TDKR harkens back to Batman Begins which helps maintain a feeling of continuity and in the end makes for a better pay-off for longtime fans.

That’s the film, in a nutshell, but how does it fare as entertainment and how does it stack up with the other two films in the trilogy?  To put it simply, The Dark Knight Rises is a hard film to watch.  I don’t say that because it’s long (approximately two hours and forty-five minutes) but because it’s pretty bleak.  For most of the film’s running time there’s not a lot of reason for optimism.  The Dark Knight was a pretty dreary movie at times, but even that had little moments of triumph throughout.  The Dark Knight Rises has fewer of those moments which make it one exhausting movie to watch.  I went back for seconds and thirds on The Dark Knight during it’s theatrical run, once is enough for me with this film (though I’ll definitely be a day one buyer when it hits stores). 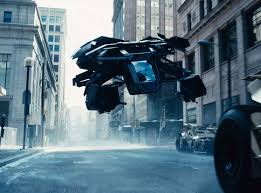 Don’t confuse my proclamation that this is a hard film to watch as a criticism.  Some films are truly brilliant but hard to sit thru.  Think Schindler’s List or Grave of the Fireflies, though certainly not on that scale.  There is a real danger to this film.  I think part of it is born from knowing that this is the final film in this trilogy, and possibly this “universe,” which makes it feel like anything is fair game.  I would like to think though, that even without knowing that, I’d still feel the same unease I felt throughout this film.  Bane is a truly monstrous individual on a different level than The Joker.  That doesn’t make him better, just different.  Many were likely worried about how Nolan could possibly move on after The Joker but he found a way.  I found myself hating him and I really was hoping he’d get his due in the end, which is an emotion I never really felt towards The Joker.

The Dark Knight Rises is a very good film and quite exceptional, though it doesn’t top Batman Begins for sheer entertainment value and will probably wind up behind The Dark Knight for most.  There’s no shame in that and I feel quite confident in saying that Christopher Nolan’s Batman trilogy will go down as one of the all-time greats.  There’s certainly no comparison as far as comic book movies go, and I doubt it will ever be as beloved as the original Star Wars trilogy, but from start to finish this is the most consistent.  The films are connected not just by style and the names attached but in theme and narrative.  The Dark Knight Rises is a grueling experience at times, but is the pay-off the fans wanted.  I feel slightly stupid for even having my doubts about this one, but Christopher Nolan once again delivers a fantastic piece of art.  I will never doubt that man again.

2 responses to “The Dark Knight Rises”