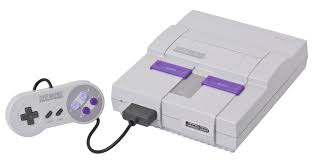 We’re now past Thanksgiving here in the US which means the holiday shopping season is already well underway. The recently released NES Classic continues to be a hot seller, perhaps the hottest of the season, though that seems to have more to do with product scarcity than true demand (after all, children by and large are not interested in a gaming device with 30 year old games on it). That said, no one would deny that even in limited quantities the NES Classic has been a commercial success for Nintendo, something that’s been hard to come by for the venerable game developer of late. Most analysts peg the NES Classic as being pretty cheap to manufacture, and the power under the hood is likely sufficient to support a comparable quantity of N64 games, so speculating on a potential SNES Classic seems like a waste of time:  it’s going to happen. And if we’re going to get an SNES Classic then immediately the mind next moves onto what games will Nintendo include on that collection?

The Super Nintendo has arguably the greatest library of games of any console ever released (not giving modern consoles credit for digital backwards compatibility, of course), so Nintendo has its work cut out for it when narrowing that library down to 30 titles. Why 30? Well, that’s what the NES Classic contains so might as well stick with it. This post is my prediction of what the SNES Classic will include, and isn’t a collection of games I would necessarily choose if given free reign to do so. In looking over the games of the NES Classic, it became rather obvious that Nintendo wanted to include as many Nintendo developed and published titles as possible, likely for licensing reasons. Also, games featuring licensed characters from outside gaming (Mickey Mouse, TMNT, etc.) weren’t included, so let’s assume the same will be true of the SNES Classic. I’m going to order this list by what titles I think are most likely to be included, starting with the most obvious. Before we get to that, let’s quick-hit a few games I think won’t be included, but probably should be.

Demon’s Crest – A spin-off of the Ghosts ‘N Goblins games, Demon’s Crest is a platform title with RPG elements, a genre almost always referred to as “unique” on a game-by-game basis even though it’s uncommon. The game is available on the virtual console, and if you never played it (and considering it was a late era release for the SNES you probably did not) you’d do well to check it out.

Fire Emblem:  Mystery of the Emblem – For many years, Fire Emblem was the series American audiences were left to wonder about. It was the rare Nintendo property kept in Japan, likely out of fear that American audiences wouldn’t enjoy the gameplay. Wrong! This one would have a shot of being included on the SNES Classic if it had been properly localized, but I’m guessing Nintendo won’t want to do that. It, or another Fire Emblem, is a virtual lock for the Super Famicom Classic though.

Mortal Kombat II – Mortal Kombat was a smash-hit in the arcades, and when it was released for consoles it was a huge hit for the Sega Genesis. That’s because Sega allowed Midway to include blood and gore as long as they put it behind a code. Nintendo did not, and when Mortal Kombat II came out they wisely reversed course. MKII was a huge hit, and while it hasn’t held up over the years as well as its chief rival Street Fighter, it feels like it should be included as it was just so oppressively popular. Nintendo has never had a great relationship though with the Mortal Kombat franchise, so it’s unlikely they see it as important enough to include.

Some other games I considered include TMNT IV: Turtles in Time but that won’t be included for licensing reasons. Sparkster was an awesome platform title and sequel to Rocket Knight Adventures, a Genesis exclusive. Mutant League Football, Shadowrun, and Harvest Moon are also deserving of consideration.

So there you have it, my prediction of what Nintendo will do for the eventual SNES Classic. In addition to the games, hopefully Nintendo smartens up and doesn’t pull the intentional scarcity card again. It would also be nice to see Nintendo correct some of the issues the NES Classic has such as the lack of expandable software and absurdly short controller cords. My guess is that the NES Classic isn’t natively able to add additional games so that Nintendo doesn’t cut into its own Virtual Console market, but that just seems like a bad move on their part. If the NES Classic continues to sell as well as it has been then I suppose Nintendo will have no reason to change anything. And even though I feel pretty good about this list of games as a prediction, it still feels like Nintendo will try to cram more of their own games into the console than what I’ve included. I’ll put it on record though, if they include Mario is Missing then I’m not buying the damn thing.

This entry was posted on Wednesday, November 30th, 2016 at 5:58 pm and tagged with capcom, castlevania, contra, konami, mega man, metroid, nes classic, nintendo, squaresoft, super mario, zelda and posted in Video Games. You can follow any responses to this entry through the RSS 2.0 feed.
« The Games of the NES Classic
Bandai SH Figuarts Teenage Mutant Ninja Turtles Raphael »