The last 6 months have been pretty spectacular for gamers.  It’s safe to say, if you have even a passing interest in video games you’ve been pretty busy.  I’m not sure I can recall such a period ever occurring before.  There’s been some excellent falls before where several quality titles were released, but I can’t recall one like this where that epic fall carried over into the new year so strongly.  I’m looking at the upcoming releases and looking at the games I have that I’ve yet to play and wondering how I’m going to get to everything.  I suppose it’s a good problem to have, but some things are going to go missing.  There’s already been one casualty for me, WWE 12, as I just didn’t have the time.  I very nearly bought it anyways as I wanted to do a follow-up on a post I did last year but the reviews I were reading just did not excite me.  I passed on it, better luck next year THQ.

I have begun organizing, in my head, the games I have yet to play.  This is what I’ve come up with:

Games I own But Have Yet to Play

I’ll probably finally finish my adventure in the land of Skyrim this weekend.  I’ve played through every 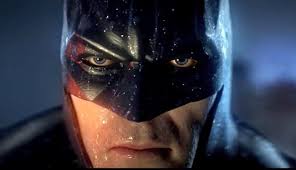 major quest, save the final one, and even acquired every trophy on the Playstation Network which is something I never do.  When I do finish with that I have a decision to make.  Two other games have been sitting on my coffee table since Christmas unplayed; Batman: Arkham City and The Legend of Zelda:  Skyward Sword.  My plan has been to dust off my much neglected Wii and settle into the land of Hyrule once again but I am wavering a bit.  Skyward Sword may be a very different adventure/RPG type of game than Skyrim but the same sense of grandeur still applies.  I also just finished The Minish Cap on my 3DS, and combine that with several other Zelda games that I played through in 2011, and I’m bordering on Zelda exhaustion.  I don’t want an over-exposure to Zelda to impact my impressions of Skyward Sword any, so a break may be in order.  Plus the alternative is Batman, and Batman kicks ass.  On the other hand, It’s likely to be a long adventure and maybe I should just get it started.  I also bought a new Wii remote and am eager to test out Wii Motion Plus.  I also have Infamous 2 from last summer that I’ve only played once.  Even though I really liked the first one, and the second is pretty much more of the same, I’ve had a really hard time finding the motivation to play it.  I’m not sure if I’ll ever go back to it.

Following my write-up on Final Fantasy Tactics, I found myself really eager to go check out the original Tactics Ogre.  I recently was able to find a used copy of the PSP edition and have that for play during my morning and evening commute.  I’m currently spending that time playing Mario Kart 7, but I just finished unlocking everything in that so I may be ready to make the switch from 3DS to PSP soon.  If not this week, then probably next.  I still have a bunch of those Gameboy Advance downloads as part of Nintendo’s Ambassador Program.  I really want to play through Fire Emblem at some point, but it looks like that will have to wait.

This is where things get complicated.  February and March are loaded with new game releases.  It’s almost to the point where I’m rooting against some of these titles and hoping the review scores come in low so I can just skip them with little regard.  That seems unlikely though. 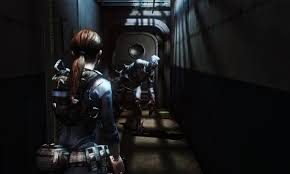 Tight corridors and zombie-like creatures, now THIS is Resident Evil!

First up on February 7th is Resident Evil Revelations on the 3DS.  Revelations represents a return to the more survival horror roots of the franchise as opposed to the run and gun mechanics of Resident Evil 5.  This is a welcome development for me and it’s been a long time since I’ve played through a true RE game.  The first reviews are starting pop up and they’re pretty positive, though not exemplary. Released alongside Revelations will be the Circle Pad Pro, an attachment for the 3DS that adds additional shoulder buttons and a second circle pad.  It’s being sold exclusively through Gamestop.  I hate Gamestop and as a result never shop there, but someone gave me a gift card to there for Christmas so I’ll just use that on the Circle Pad Pro.  That attachment should also enhance the gameplay experience of another February release, Metal Gear Solid 3D: Snake Eater.  This is a port of MGS 3, my favorite of the Solid series, for the 3DS.  It looks every bit as good as the original and is actually a port of the Subsistence version of that title which added a better camera angle amongst other additional content.  I never played that version which just makes me even more interested in this title.  My handheld gaming is looking quite busy!

Not to be undone, the home consoles are fixing for a crowded release schedule as well.  I made an entry on the Kingdoms of Amalur: Reckoning demo last week, and that gets released in February.  I wasn’t blown away by the demo, but the various gaming media outlets seem pretty high on it.  Regardless, it’s looking like I’ll pass it over for now and maybe pick it up at a later date when things have settled down (if they ever do).  Also being released in February is the latest entry in the Twisted Metal series, simply titled Twisted Metal.  This is the first true TM game since 2001’s Twisted Metal Black, one of the best games released for the Playstation 2.  I was an early adopter of the TM franchise, and save for the shoddy 989 releases, have long loved the series.  This one has me a bit concerned though as it sounds like the developers have focused more on the multi-player aspect at the expense of the single player one.  The various stories in TM Black were what made the game for me, and it’s really disappointing to know that only 3 characters are receiving such treatment.  They’ve also, for the first time, allowed the various drivers to be paired with different vehicles, kind of like the latest entries in the Mario Kart franchise.  This should add more customization to the experience, but it just sounds lazy to me.  I should be super excited for this game, but I’m not.  If it wasn’t called Twisted Metal, I wouldn’t be making a post on it.  We shall see. 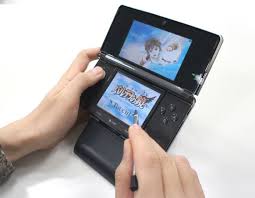 I'm not sure how I feel about this development.

There’s potentially two big console releases in February, combined with two 3DS releases and the games I already own but haven’t played.  March is proving to be no kinder.  The 3DS will continue to get new software including a first-party release; Kid Icarus Uprising.  Kid Icarus has long been neglected by Nintendo since his first and only console experience from way back on the original Nintendo Entertainment System.  He showed up on in the last Smash Bros. game but Uprising will be his first solo title in over 20 years.  Early returns show promise, as Uprising combines on-rail shooting with conventional platforming elements.  The controls are what has garnered the most attention as aiming is controlled with the stylus and has received mixed reviews.  It’s possible the game will support the Circle Pad Pro as an alternative intended for left-handed gamers, but that may be preferred by all.  To help combat the cumbersome controls, Nintendo is including some kind of stand for the 3DS that’s supposed to help alleviate cramping.  This kind of detracts from the portable nature of the system, but whatever.  I’ll be checking in on this one to see how it fares in reviews.

Looming large for console gamers is perhaps the early favorite for Game of the Year: Mass Effect 3.  This is a must play title for me.  Anything less than amazing will be a disappointment.  All of my gaming in the interim will be done with the idea of having a clean slate for when this game hits.  There’s no way I can get through Zelda and Batman before then, let alone any games released in February, so I have no idea how I’ll fit this one in.  I like to only have one game going at a time, and it’s possible the games I have are so good that I’ll be okay with putting ME3 on hold for awhile, but that seems unlikely at this point in time.

Less than a month after ME3 is released Xenoblade Chronicles arrives on Wii.  This figures to be my final Wii purchase but if early indications are to be believed, it should be a memorable final outing.  The struggles to get this one released in the US have been well-documented, and for that reason alone I almost feel obligated to purchase it.  Hopefully the game ends up being worth the wait. 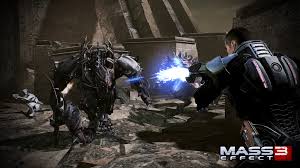 Those are just the big titles, the ones I expect to be must buys.  I didn’t even mention the others, the ones that may prove worthy of both my time and money.  I’m talking about games such as Soul Caliber V, Resident Evil: Operation Raccoon City, MLB 12, Street Fighter x Tekken, Final Fantasy XIII-2, and more!  Those are all games I’m interested in, but may be forced to bypass.  MLB 12: The Show seems like the most likely to be purchased because I love MLB and haven’t bought a new game since 2009.  I just hope the new game finally makes the changes I’ve long wanted to see from the franchise.  And just to amke things even more crowded and uncertain, Sony is launching the PSP successor at the end of February as well.  Called the Vita, it very much resembles the PSP but with a ton more power.  This thing is practically a portable PS3 and the launch games actually look pretty damn good.  I’ll have a hard time resisting the urge to check it out, though I know I should.  What is absolutely guaranteed is that I’ll have no shortage of games to play.  If I ever find myself sitting on my couch with nothing to do I’ll be sure to scold myself.  Happy gaming everyone!

This entry was posted on Saturday, January 28th, 2012 at 11:47 am and tagged with 3ds, batman, kid icarus, mass effect, resident evil, twisted metal, vita, wwe and posted in Video Games. You can follow any responses to this entry through the RSS 2.0 feed.
« Teenage Mutant Ninja Turtles (1990)
Greatest Games: Super Mario RPG: Legend of the Seven Stars »