Last night 2011 went and 2012 began.  2011 was the first year for The Nostalgia Spot, and in looking it over, I think it was fairly productive.  I never set any goals for myself when I started blogging my thoughts on all things dorky, but I feel like if I had I would have met most of them.  I made over 80 posts, and since I do not know how to make a short, quick, entry that’s quite a few.  In glancing over the topics I can see that I hit on most of the things I enjoy most:  Danzig, video games, comics, Danzig, movies, collecting, Danzig…

There were also things I wanted to post more on, but never did.  If one were to peruse my entries they may even find some of those things.  I know I really wanted to hit on the Sega CD a few more times.  I made just one entry about my purchase of a Sega CDX and Sonic CD but stopped there.  That had a lot to do with timing.  Around that period my personal life got a little more busy, and then Skyrimcame out and I’ve touched hardly any other video games since.  There’s more coming though.  I scoured the

net for the best, but also obscure, Sega CD titles and settled on Popful Mail.  I already bought a copy off of ebay, I just haven’t played it much yet, but I’ll eventually make an entry surrounding that.  The same day I got a Sega CDX, I also purchased a consolized SNK Multi Video System (MVS).  In short, someone took the motherboard out of an SNK arcade cabinet and turned it into a console.  It’s basically a Neo Geo system but takes the MVS cartridges instead of the Neo Geo ones.  Why get one of these instead of an actual Neo Geo?  Cost.  While getting a custom system like that costs more than getting the Neo Geo home console, the games are usually much cheaper.  I had good intentions of getting a bunch of titles and making a series of entries on them, but I only ended up with two games and just haven’t invested the time (and additional money) into acquiring more.  At any rate, there will be some Neo Geo in 2012, I promise!

Other things I plan on blogging about:

Greatest Games – I started this late in 2011 and it’s been slow going.  I’m purposefully spreading these entries out as I go.  I feel like if I make too many successive entries on a similar topic I get bored which leads to lower quality posts.  If you’ve kept track, you know I’ve only made 3 entries on the subject and profiled 2 of the eventual 10 I plan to hit on.  Expect my posts on the subject to pick up a little as I do intend to finish it.  I already have all 10 games selected and some of them are being saved for a topical occasion. 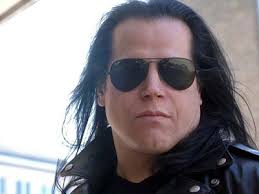 Kind of like Jell-O, there's always room for more Danzig!

More Danzig! – What more could really be said at this point, you ask?  Actually, not a whole Hell of a lot.  2011 will go down as The Year of Danzig for me, mostly because of all the records I collected and the Legacy show last October.  This site mostly focuses on the nostalgic, and while Danzig holds some nostalgia for me it’s not the first thing that comes to mind when that word is brought up.  As a side bar, of sorts, to this site though I wanted to amass a series of entries hitting on every major Danzig release.  I’m almost there.  There’s just a couple more studio albums for me to hit on and some loose ends to tie up.  There will be Danzig in 2012, but not as much as there was in 2011.

Dragon Ball – In 2011 I spent a lot of time talking about one of my favorite childhood shows; X-Men.  I’ll probably never do something quite that extensive again, going episode by episode, but season by season seems like a reasonable expectation for other shows.  My next subject has already been revealed as Dragon Ball.  No, Dragon Ball is not a show I watched and enjoyed as a kid, mostly because it wasn’t on American TV when I was a kid.  It is a show that I think is somewhat overlooked though and I want to give it some attention.  Yes, Dragon Ball Z is huge in America and other parts of the world, so there’s been no lack of exposure for Goku, Piccolo, and the rest of the gang, but the original Dragon Ball is way overshadowed by that program even though it’s far superior.  I’ve only made one entry so far, and there are 5 seasons total, so you can figure out from here the math on that one. 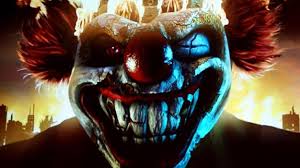 Those are just the topics left over from 2011 that will continue into the new year.  Expect a whole bunch of other stuff relating to video games and other junk that amuses me.  2012 figures to be a big year for Batman, so expect more Batman stuff.  The Venture Bros should also make their return to TV and I have not talked enough about the brothers Venture, so I may have to work them into some more posts in 2012.  Some other things you can expect in the near future:  more 3DS chatter (while Skyrim may dominate my home playing right now, I have to commute to get to work so there’s always time for portable gaming), Game of Thrones, more Zelda (once I’ve conquered Skyrim, Skyward Sword awaits plus more thoughts on The Minish Cap), Twsited Metal, Epica, Beavis & Butt-Head, TMNT, toys and more!  I’ll never run out of things to talk about.

This entry was posted on Sunday, January 1st, 2012 at 11:57 am and posted in General. You can follow any responses to this entry through the RSS 2.0 feed.
« Greatest Games: Seiken Densetsu 3 (Secret of Mana 2)
Greatest Games: Final Fantasy Tactics »