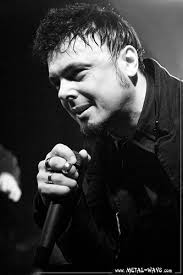 band he had fronted for the last 13+ years, Kamelot.  This did not come as a surprise for fans.  Khan had bowed out of touring just a week before Kamelot was to kick off the first leg of its tour in support of its new album, Poetry for the Poisoned, due to what he called exhaustion.  No reason was given beyond that and the band was forced to scramble to find a replacement for the tour.  After initially announcing the tour would go on with Michael Eriksen of Circus Maxima, the band decided to cancel it out-right and resume touring in the spring.  Khan would release another message a few months later to update the fans on his health.  Included in that message was a snippet where Khan stated he was evaluating his future in the music industry.  Rumors began to circulate that Khan was done, had embraced a new religion, and no longer wished to be associated with Kamelot.

Those fears were unfortunately met.  No one knows the real reason for his departure, it could be religiously motivated, he could just wish to spend more time with his family, or it could be something else entirely.  In the end, it doesn’t matter much to the remaining members of Kamelot and its fan-base.  Kamelot was steadily gaining fans and growing into a medium-sized act that could attract a healthy crowd outside of the US, and a modest one within the US (which is about as much as any metal band can hope for in the States).  This undoubtedly is a set-back.

Replacing a lead vocalist is the hardest thing to do for an established act.  Even in a situation like Kamelot’s where another member of the band is the unquestioned leader, it still proves trying because most listeners identify with the frontman.  He’s the person always, appropriately enough, placed in front for pictures and press materials.  He is the one who engages the audience through a microphone, and it’s often the vocals and lyrics most listeners notice first.

A departing vocalist can sometimes derail a band, and sometimes it can help.  Iron Maiden is a good example of both.  Like Kamelot, the leader of the band is not the vocalist but bassist Steve Harris.  The first two Iron Maiden records featured Paul Di’Anno on vocals.  Di’Anno was not a good vocalist by traditional standards, but he had a certain attitude and high range to suit the band’s early sound.  Di’Anno was dismissed after touring was completed for the album Killers, and he was soon replaced with former Samson vocalist Bruce Dickinson.  The rest is history. 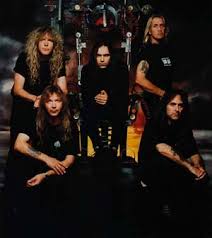 Replacing Bruce Dickinson proved to be an impossible task for Iron Maiden.

Iron Maiden would experience tremendous success with Dickinson, but by the time the 90’s rolled around Dickinson was experiencing exhaustion (sound familiar?) and wanted to stretch his creative wings so he departed following 1992’s Fear of the Dark LP and tour.  Iron Maiden would attempt to replace him with Wolfsbane frontman Blaze Bayley, but the move wasn’t a popular one.  There was no replacing Dickinson in the minds of Maiden fans, and the band’s popularity was reduced to next to nothing in the 90’s.  Fortunately for the band’s health and the fans, Dickinson returned in 1999 and Iron Maiden is currently enjoying a second golden age for itself.

Other bands have found mixed results.  Van Halen famously replaced David Lee Roth with Sammy Hagar in 1985 and found success early on, but it soon tapered as the 80’s ran into the 90’s.  Nightwish more recently replaced its front-woman, Tarja Turunen with Swedish vocalist Anette Olzon.  One album has been released with Anette and it has sold well, the next album will be an important one to see if Olzon’s success is sustainable.

It remains to be seen what will become of Kamelot.  The band announced it has begun searching for a new permanent vocalist.  Currently the band is on tour with Rhapsody of Fire frontman Fabio Lione as a stand-in so it is unlikely the band will begin auditioning new members until the tour’s completion.  Guitarist and founder Thomas Youngblood hinted that he was interested in finding a vocalist that could sing in a higher register than Khan.

A new vocalist is actually not a new thing for Kamelot.  The Iron Maiden parallels are strong with this band, as the first two Kamelot albums featured a different vocalist, Mark Vanderbilt.  Khan was brought in to replace him for the band’s third release, Siege Perilous, and the band began to garner more and more attention with each successive album.

Early on, Khan was able to hit higher notes, but beginning with the album Epica he noticeably sang in a lower tone.  This was not necessarily a bad thing.  Roy Khan delivers his vocals with extreme, measured precision.  His voice is filled drama and his theatric flair compliment the band’s approach extremely well.  He also composes most of the band’s lyrics, and for the last decade has established himself as one with the band’s identity.  Replacing such a unique presence will not be easy, but I wish the rest of the band much luck in doing so.