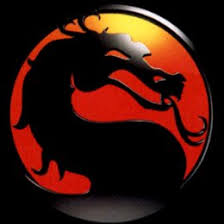 I posted a few weeks ago about the Mortal Kombat demo and came away mostly impressed.  Well the game was released on the 19th of April and I became a first day buyer.  Since then I’ve logged many hours with the release and have come away with these impressions.

First off, this is Mortal Kombat the way it should be.  It’s modernized for today’s audience but retains a lot of what made the franchise unique when it debuted nearly 20 years ago.  That is to say, there was an obvious style present in both how the game looks and how it plays.  Mortal Kombat has always differed from other games of its genre by including over-the-top characters with over-the-top powers.  Whether it’s Sub-Zero’s freezing powers or Liu Kang’s dragon abilities, there’s nothing realistic at all about the game.  And with today’s hardware this is magnified even more so.  The male fighters are hulking monsters and the women buxom and scantily clad and as the fights progress you’ll see clothing shred and chunks of flesh go missing.

Gameplay wise, all of the old moves are here along with some new ones.  The developers abandoned the multi-stance styles embraced by the more recent games which helps keep things loose and simple.  Some characters still have weapons, like Scorpion, but they’re integrated into his standard moves.  The X-Ray meter at the bottom of the screen functions a lot like Street Fighter’s super combo meter.  As it fills, the player can use it to enhance basic moves to give them added punch.  Or, the player can let the meter fill further opening up combo breakers at level 2, and finally X-Ray attacks at level 3.  I talked about these destructive X-Ray moves in my demo impressions, and the same criticism is still present though some of my fears were alleviated.  The moves are still ultra powerful, and most of them are fairly easy to land, but the AI is not afraid to use them which helps equalize things.  Really, my only major complaint is the unbalanced nature of some of them.  The characters that incorporate a teleport move of some kind into their X-Ray attack are at a far greater advantage than some of the others.

The basic gameplay still centers around super moves and combos.  The pace of the fights are akin to something mid tempo, and the best fighters are able to string together super moves with combos.  There’s also a grab button, and the franchise’s trademark block button as well.  Blocking is something that is beneficial to master given the abundance of characters with quick hitting teleport moves.  Also, most X-Ray attacks can be blocked as well, which is something that always seems to turn the tide of battle. 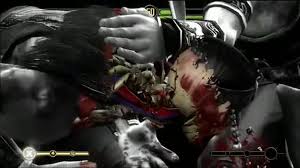 X-Ray attacks are quite brutal.

There are multiple game modes available to spend some time on.  There’s the standard ladder tournament that pits the player against seven fighters and three boss battles consisting of Shang Tsung, Goro/Kintaro, and Shao Kahn.  Shang Tsung is a regular playable character, so perhaps it’s a stretch to call him a boss, but he’s present in every ladder tournament so I guess that makes him a boss.  The second boss is random and is either Kintaro or Goro and both guys are as most remember them; cheap.  Neither is as bad as Kahn though, who’s quick dash attacks and ability to no-sell the moves directed at him make him extremely annoying.  He also has an attack where he throws his maul across the screen.  If it hits, the player becomes staggered and is left open to attack.  When Kahn is feeling especially mean, he’ll double or triple up on the attack and leave the player character helpless to do anything about it.  To beat him one typically has to resort to the old cheap tactic of launching projectile attacks.  Kahn will often pause to taunt randomly which helps.  After he’s defeated, the player is rewarded with an ending cinematic for the chosen character that’s narrated over.  These cinematics are done with still images which is kind of disappointing, and they’re quite brief and few are memorable.

If one wants to really experience the Mortal Kombat story, then the appropriately titled story mode is where to be.  Story mode is long, and takes the player through the whole Mortal Kombat mythos but with a new twist.  As the player, you’ll switch characters depending on the plot and have to take on 1 on 2 matches at times.  The story is campy, and some of the voice acting and writing is terrible, but it’s mostly a good time.  Some of the matches are absurd, but it’s beatable and you’ll unlock a couple of new characters along the way.

The other modes include a new tag match and the challenge matches.  The challenge matches are difficult and often contain gimmicks to make them even harder.  The tag match is a welcome addition, though it isn’t very flashy like a Marvel vs Capcom title.  As you play these modes you’ll earn “koins” that can be spent in the game’s bonus section, The Krypt.  There’s hundred of items to unlock here, but most of it is junk like concept art.  There’s hidden fatalities and extra costumes as well, but they’re harder to find. 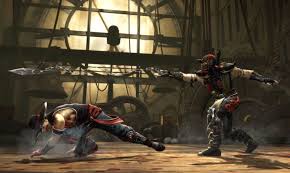 By the end of most matches both characters will find themselves a bloody mess.

And fatalities are the name of the game when it comes to Mortal Kombat.  Yes, they’re a gimmick but they’re so much fun.  They’ve never been better too, and some of them are insane.  My vote for best belongs to Noob Saibot, but everyone will have their own favorite.  Each character has two, plus a stage fatality, and some of a third “klassic” fatality depending on where the game is purchased.  I bought the game at Best Buy and received Sub-Zero’s classic costume and fatality, the old head rip.  Babalities are also back and this time around they’re a lot funnier than the old ones as each baby will perform an action that usually results in crying.  It’s a humorous and non-violent way to end a match.

All in all, Mortal Kombat is pretty much exactly what I expected, and exactly what I wanted.  While Street Fighter will likely always be the king of the fighting genre, Mortal Kombat has its own niche and there’s no reason why people can’t be fans of both.  I plan to log many more hours with this one and maybe if PSN ever gets back online I’ll test my abilities against the rest of the world.  It’s not a flawless victory for Warner Bros., but it’s pretty damn good.

This entry was posted on Monday, April 25th, 2011 at 10:44 pm and posted in Video Games. You can follow any responses to this entry through the RSS 2.0 feed.
« Final Fantasy Grudge Match
Kamelot Abandoned »