I’m going to get it out of the way early and just say that this isn’t a very good movie.  I even debated with myself whether or not I even wanted to dedicate a blog post to the subject but since I had already done so for the first two I might as well see it through.

Director Brett Ratner seems to shoulder most of the blame from fans for the movie’s failure.  Truth to be told, there’s plenty of blame to go around.  From a questionable screenplay to a down-right poor script, there was little praise to be found for the finale to the trilogy begun by Bryan Singer.

I suppose I will point out the strengths of the film first.  The new characters added to the roster of mutants included original X-Men Beast and Angel.  Beast was portrayed on screen by Kelsey Grammer, who was pretty much every fan’s choice to portray the character.  His look remained faithful to the comic, being that he was blue and hairy.  His lines contained the appropriate poetic dashes and the emotions exhibited by Grammer were much appreciated by the fan base.  Angel, played by Ben Foster, ended up being just a minor plot device, which was a bit disappointing.  Kitty Pryde was re-cast with Ellen Page and her role was expanded.  Page plays the wide-eyed Pryde with an appropriate amount of fear and youthful exuberance. 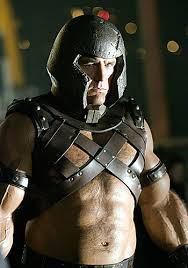 "I'm the Juggernaut, bitch!" - Yes, that line really appeared in the movie.

Some minor villains were added to the mix, namely Callisto and Multiple Man, but the major addition to Magneto’s Brotherhood was Juggernaut, portrayed on-screen by Vinnie Jones.  The choice to bring Juggernaut into the mix was one born of good intentions, but the pay-off was rather lackluster.  Jones is physically intimidating, but the costume looks like it’s made of foam, instead of steel.  His character is also merely a thug with no connection to any of the other characters.  In the comics, Juggernaut was the jealous step brother of Charles Xavier.  I will concede it was probably wise to make this version of the Juggernaut a mutant, as opposed to a human who obtained his powers magically.

The plot ended up being a mash-up of the Phoenix plotline and “The Cure.”  Phoenix was hinted at in X2 by showing Jean Grey (Famke Janssen) becoming consumed by fire when using her powers in the film’s climactic scene, while “The Cure” is a story that should translate well to the screen.  I’ll go into more depth on the film’s execution of the Phoenix soon, but first I want to focus on “The Cure.”  In the comics, “The Cure” was the generic name attributed to a drug that would cleanse a mutant of their powers.  It was used in the television series as well.  It’s a suitable plot because it forces the mutants to confront their differences from humanity and gives them the option to take the easy way out.  To take the drug is to concede defeat in the quest for mutant equality.  Of course, it’s not so black and white.  A mutant like Rogue cannot touch another person without doing harm, while a mutant like Beast can never enjoy a quiet stroll through the park without attracting unwanted attention.  For mutants like Storm or Iceman, they can easily pass for human and their mutant abilities are quire clearly no curse as they’re given access to unbelievable powers, to the point where it is hard to feel sympathy for them.

The film drops the ball with this plot device.  The existence of a cure is dismissed by most of the X-Men, while Rogue is, not surprisingly, tempted by it.  Angel’s father, Warren Worthington II, is the one behind it as he is clearly embarrassed and hurt over his son’s perceived deformity.  It’s never explained why Angel would need to take a drug to get rid of his wings, the audience is left to assume it’s not as simple as just having them removed.  Regardless, there’s little weight and the cure ends up being turned into a weapon by the government to use against violent mutants.  The cure as a weapon does add a more believable form of danger to the action scenes, but since the weapons aren’t aimed at the X-Men it kind of defeats the purpose.

Phoenix is introduced early as Jean Grey’s alter ego.  The Phoenix is apparently a part of her psyche that was sealed away long ago by Xavier to protect Jean.  When the personality manifests, she becomes a violent and all powerful entity that seeks only to be thrilled.  When she uses her powers her skin turns ashen and her eyes black.  She doesn’t hurl fireballs like her comic counterpart, but instead appears to rip her opponents apart at the atomic level.  The special effect used to show this resembles a turning to ash effect to keep some aspect of the Phoenix name relevant.

Phoenix’s first act is to take out Jean’s lover, Cyclops.  Emotionally, this carries little weight since Cyclops was practically written out of X2.  Here it was done because actor James Marsden wanted to take on a bigger role in Bryan Singer’s Superman Returns and Fox chose to accommodate his wishes.  When Jean comes to her senses and realizes she killed her man there’s a decidedly muted reaction before Jean goes into full-on Phoenix mode for the rest of the film.

One of my biggest issues with this film is how Charles Xavier is portrayed in the wake of Phoenix’s revival.  When it is revealed that Xavier had locked away portions of Jean’s mind as a child, the X-Men vocalize their disapproval.  Xavier’s reaction is not appropriate or consistent with the character we saw in the first two films.  Instead of defending his actions as unfortunate but necessary, he displays a great amount of anger and takes a very defensive position.  He becomes irrational, and his desired course of action is to find Jean and re-implant the psychic barriers that had broken away.  It makes the audience feel as if it were duped into thinking this was a benevolent man out to make the word a better place for mutants and humans.  He’s become a villain, and the point is driven home all too clearly with one of the film’s final scenes.

Phoenix becomes a pawn the two sides fight over, with Magneto wanting to harness Jean’s powers for his own benefit.  Phoenix ends up killing Xavier, and we get another memorial scene behind the mansion that is surprisingly small.  This is followed by the X-Men going after Magneto, who attacks a compound where the source of the mutant cure resides, the mutant Leach whose power negates mutant abilities.  There’s a battle, and the end result is Magneto gets hit with some cure darts and Wolverine is forced to kill Jean, cue another memorial scene. 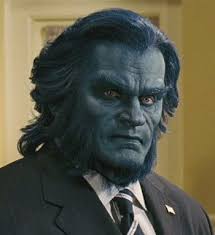 The film was not without some bright spots, most notably the spot-on casting decision to go with Kelsey Grammer as Dr. Henry McCoy, aka, The Beast.

The film portrays Wolverine, once again, as a leader of X-Men.  In this particular film his attitude is all but gone and the character feels neutered to the point that no one is surprised when he sobs like a child after Jean’s demise.  Halle Berry’s Storm ends up being the X-Men’s true leader and her character is all right, certainly not a weakness.  The young mutants are pressed into action with mixed results.  Iceman is given a rivalry with former X-Man Pyro which results in a predictable fire vs ice stand-off.  Rogue is shown as a jealous lover over Bobby’s relationship with Kitty which pushes her towards taking the cure.  The film ends on a cliff-hanger, where a de-powered Magneto is shown using a hint of his lost powers, but by the time this scene rolls around no one in the audience cares.

The film carried on the tradition of sub par special effects.  For a big budget franchise like the X-Men, the special effects have surprisingly never been a selling point.  The studio chose to take a stab at The Danger Room this time around and the result makes it clear why Singer chose to never attempt this.  The film is rather short and moves at a brisk pace, so it is at least not guilty of being boring.  It’s just lacking in depth, and following the weighty X2, it was an unwelcome change.  The film just ends up being irrelevant, and effectively killed the franchise.