The Christmas Spot Returns for 2018! 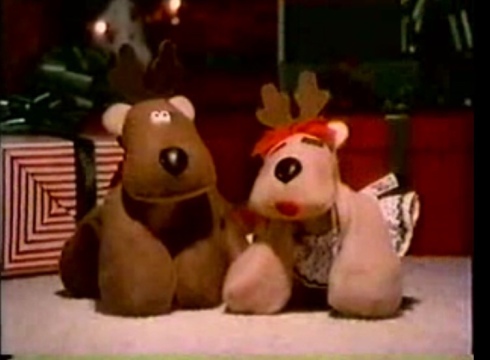 Once again we find ourselves on the precipice of another holiday season. In truth, the season began unofficially a week ago with the end of Thanksgiving, though if you’ve been to a retail outlet in the past month then you may have considered it started long before that. We’ve even already past the point where major holiday specials have already aired like Rudolph the Red-Nosed Reindeer and Frosty the Snowman. If you missed out on them, well they’ll probably be shown again, but you also have The Nostalgia Spot to tickle your mistletoe.

That’s right, with December 1st tomorrow that means you have another 25 posts in 25 days to look forward to all celebrating the joys (and maybe the not so joyous) of the season! As a reminder, this is largely inspired by A Cartoon Christmas which has been out of the game for a few years now. I am not affiliated in anyway with that outlet, but I like to cite it as inspiration because it’s still worth reading every year. And since this is inspired by it, I try not to duplicate entries and this year will be my most successful yet in that department. I actually thought I’d get through all 25 days, but I actually repeated one and noticed it well after the fact. Rather than write a new one (because it was one of my favorites that I took in for this year’s edition) I’ll leave it be. Still, 24 isn’t bad now is it? I can’t say they’re all good, but it can be fun to watch even a subpar or downright bad Christmas special at this time of year.

A lot of these entries are of old holiday editions of dead TV. As such, they’re not shown annually any longer. At the end of each post I’ll try to point you in the right direction in the event you wish to watch the special yourself. Some can be found on home media, and a great many can be found for free online. There are a lot of IPs out there that no one cares about and a lot of them had Christmas specials. I believe that with a cable subscription and an internet connection, you can see all of these for “free.”

I hope you will stick around and enjoy these posts for the next 25 as we transform into The Christmas Spot. That does mean that our regular Friday Batman post is going on hiatus for a bit, but he’ll be back before the end of the year and ready to go for 2019. I have a lot of fun doing this each year so I hope people have fun reading it. This is a long process for me that begins usually back in September as coming up with 25 posts for one month takes some time. And for me, I am a dad of two young kids plus I have a full-time job so it’s a challenge to find the time, but it’s also worth it. So happy holidays to all who read, and even those who don’t, and lets see what the season has in store for us in 2018!

This entry was posted on Friday, November 30th, 2018 at 12:39 pm and tagged with christmas, rodney reindeer, the christmas spot and posted in christmas. You can follow any responses to this entry through the RSS 2.0 feed.
« Batman: The Animated Series – “His Silicon Soul”
Dec. 1 – Aqua Teen Hunger Force – “Cybernetic Ghost of Christmas Past from the Future” »