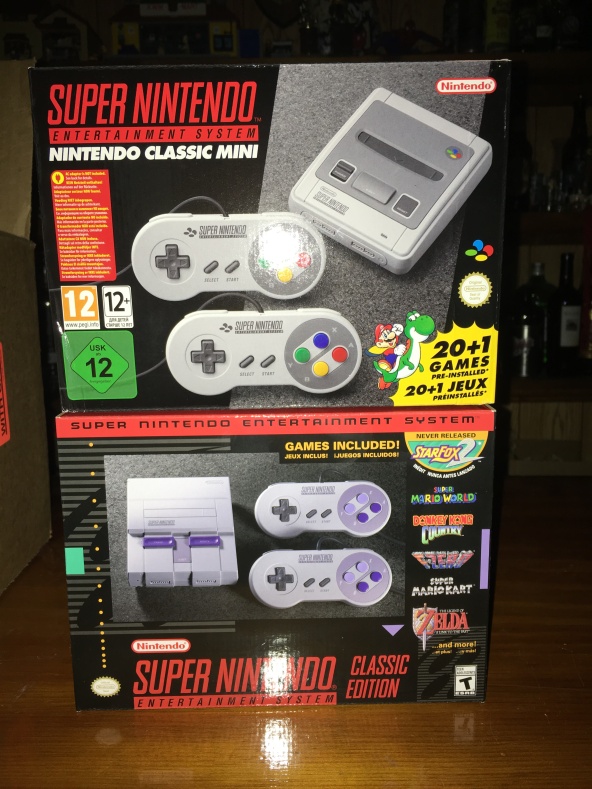 The UK box had a bit of a rough ride across the Atlantic, it would seem.

So the SNES Classic is out and has been for a week. As expected, it’s been rather difficult to get one if you weren’t fortunate enough to land a pre-order (which was also rather difficult to obtain). Scalpers are out in full force, and based on the few bits of feedback I’ve received from some of those who waited in line on launch day, it’s the scalpers who are making up the largest portion of the buyers. That’s too bad, because this is a rather awesome gaming device. Niche it may be, it still contains some of the greatest games ever developed. I was fortunate enough to land two pre-orders:  one for the SNES Classic and one for the UK SNES Classic. It took my UK version an extra week to make it to my door, but I’m now ready to offer up some thoughts. 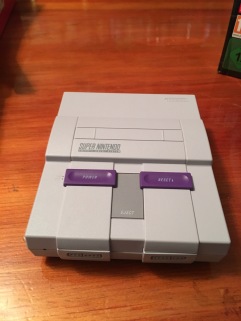 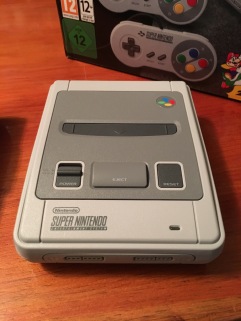 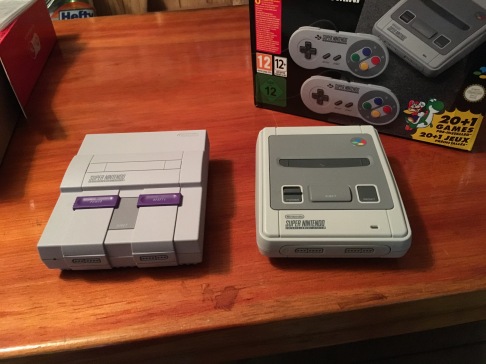 If you’re unfamiliar with the UK version of the Super Nintendo, it’s basically the same as the Japanese Super Famicom. Nintendo of America felt it needed to market the original NES as more of a secondary entertainment platform as opposed to a toy, and thus they redesigned the look of the machine for release in the US. For the Super Nintendo, they too also went with their own case design, though this one was far more in-line with the Japanese version as the carts were basically the same. I don’t know why they did this, and some speculate it was an ego thing, but I’ve always been partial to the Super Famicom design. When I first saw the Super Nintendo, I was underwhelmed as a child as I didn’t think it looked too “super.” Boxy with purple accents, it was kind of ugly. I got over it, of course, when I played Super Mario World, but I always wondered why some of those early games have a diamond shaped logo featuring three circular colors:  blue, red, green, and yellow. Years later I’d come to know that was the logo for the Super Famicom and it referred to the colored face buttons on the controller. I’ve never gone the extra mile and acquired a Super Famicom, but when I saw the UK SNES Classic, which is identical to the US one aside from the case and controllers, I knew that was the version for me. 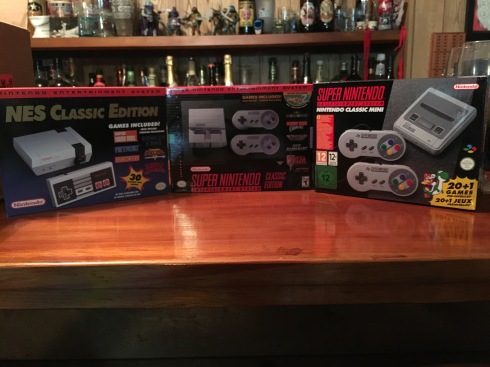 Both editions of the SNES Classic are, naturally, pretty cute. Like the NES Classic they’re tiny and are closer in size to a game cartridge for the original system than the old system itself. They’re light, and pretty simple devices. Both feature working power and reset buttons that function the same as the ones on the original consoles. The eject buttons and cartridge door are non-functioning, and the there’s a little snap-off piece where the controller “ports” are that pop off to reveal the actual controller ports for the Classic edition. In the box, both units come with two controllers, an HDMI cable, and a micro USB cable. The US version has a USB to wall adapter that the UK one lacks, but any such adapter will work. The US version also comes with a poster with instructions on the reverse side while the UK version comes with an instruction manual designed to mimic the original. The UK version also comes with My Nintendo reward points, I’m not sure why the US version does not.

The software for both systems is the same. If you go out and import a Japanese unit you’ll get a few different games, but the UK and US get the same ones. The dashboard is slightly different as each one is mean to resemble the visual style of the actual unit, so the US dashboard has purple accents and the UK one has a power light in the bottom right hand corner. The little graphic of a controller beside a game is also updated to reflect the proper controller for each unit, so purple buttons for the US and multi-colored ones for the UK. Other features, like CRT mode, widescreen, and so on are all the same. 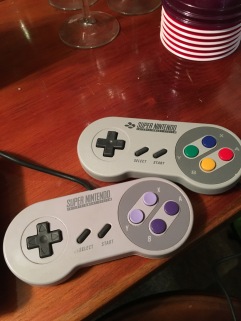 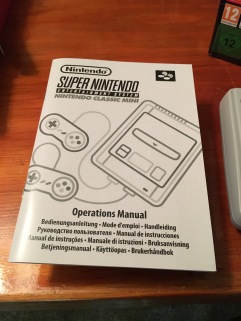 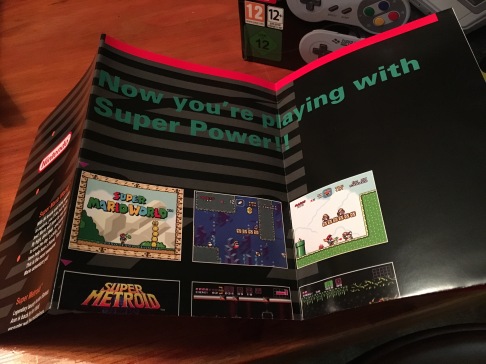 I’ve only had time to play a little, but the first game I fired up was Super Mario World. I wanted to test the game out and see if it felt like how I felt it should. Testing for things like input lag and any graphical stretching, I found the game to be picture-perfect. The emulation Nintendo has pulled off with both the SNES Classic and the NES Classic is fantastic and miles ahead of what the company did on the Virtual Console. It’s why whenever someone poo-poos these things and suggests just getting a Raspberry Pi I laugh at them. I think the Raspberry Pi is great, but games on that do not look and play as well as they do on these devices. There’s also something to be said for having an actual Nintendo controller in hand to play these things, which just feels right.

Following Super Mario World I made sure to play and beat the first level of Star Fox. I may want to redo my rankings and kick Star Fox to the end of the line because that game is a tad rough to play these days. I played it though because you have to beat the first level in order to unlock Star Fox 2. Truth be told, I don’t look really look forward to playing Star Fox 2 for any reason other than sheer curiosity. I suspect it has aged just as poorly, if not worse since it attempts to do more than just be a flight sim, and probably isn’t nearly as enjoyable an experience as most of the other titles on this collection. If I see fit to do so, I’ll post a review of it. Some day. 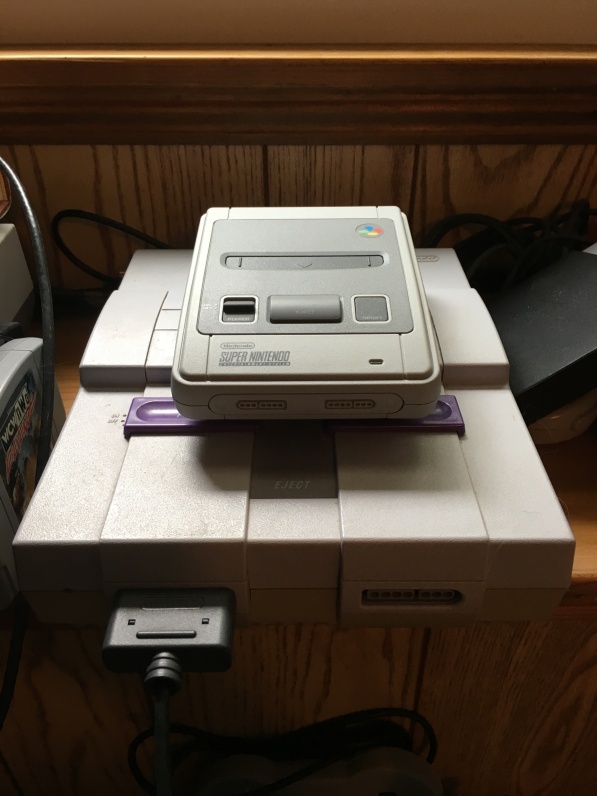 If you’re still unsure I can safely say the SNES Classic is worth the 80 dollar price tag Nintendo has placed on it. It’s a great little machine full of some truly excellent games, some of which would cost you hundreds to purchase on the secondary market. Like the NES Classic, it’s also not something you need to drop hundreds of dollars on to own so if you’re still looking for one I encourage you to be patient and not feed the scalpers. For now, Nintendo is claiming these will be shipped in abundance so hopefully they’re sincere and these are attainable for everyone who wants one. They’ll probably remain hard to get through the holidays, but if Nintendo keeps supplying them past 2017 they should get a bit easier to track down. If you live in an area with Amazon Prime Now, keep an eye on their social media accounts as it seems like they’ll be selling these exclusively through that service as well through their few retail locations and that truck thing they do. Supposedly, people who were able to pre-order through the US Amazon site are still waiting for them to be fulfilled. Meanwhile, Amazon’s European web stores seem to be getting stock regularly for their versions and most ship to the US. Sometimes they claim not to (when I pre-ordered my UK edition it said UK only, but it still went through), but will ship anyways. Just make sure to select the global shipping option, if offered. You’ll pay a few more bucks, but it might be worth your while, especially if you’re like me and prefer the UK look of the console.

As for my two units, I only wanted one. I plan to keep the UK version and gift the US one to my best friend who was not as fortunate as I. If you were concerned I’d betray my fellow retro-gaming enthusiasts and flip it on eBay, rest assured I have no plans to do so. I also do not need to collect mini systems and have a version of each. Hopefully who ever wants one will be able to get one because this thing is pretty cool. Don’t screw over your fans, Nintendo, and discontinue it while demand remains high.

This entry was posted on Friday, October 6th, 2017 at 4:44 pm and tagged with nes, nes classic, nintendo, retro gaming, snes, snes classic, super famicom, super nintendo and posted in Video Games. You can follow any responses to this entry through the RSS 2.0 feed.
« Batman: The Animated Series – “The Underdwellers”
Batman: The Animated Series – “P.O.V.” »