Do We Really Want a Nintendo 64 Classic?

You’ve probably heard by now about the SNES Classic coming later this month. If you’re even remotely interested in owning one, you’re also either happy you have a pre-order, concerned your pre-order could be cancelled at any moment, or absolutely furious that you couldn’t secure a pre-order. The NES Classic released in 2016 was notoriously difficult to obtain before being abruptly cancelled all together after just a few months of shipments. As a result, demand for the SNES Classic is at an absurd level as fans who want one are worried about having to pay the ridiculous scalper rates on eBay or else risk never getting one.

Wal-Mart was the first to release pre-orders for the SNES Classic in late July, only for the company to pull an “oops” and say they didn’t mean to release them when they did. All of those happy gamers who secured one that evening (they went live online at around 11 PM EST) were crushed when the company cancelled all of the orders. Things were quiet until the wee morning hours on August 22nd when Best Buy released pre-orders on their website. Amazon followed, but rather than post them on the placeholder page for the product, the company created a new listing and anyone that had signed up for alerts through Amazon or third party sites weren’t notified. That didn’t stop them from selling out in mere minutes. Later that morning, the other retailers went live and they too sold out in minutes. GameStop opened up pre-orders for instore customers only setting off a mad dash to all of the retail outlets. Many secured their orders, and many more were turned away. Eventually GameStop, as well as its sister site Think Geek, offered up expensive bundles for pre-order. Even though they were loaded with crap no one likely wanted and were thus much more expensive, those too sold out. Lastly, Wal-Mart released a few more pre-orders in the evening hours of the 25th, since then it’s been dry with pre-orders likely done.

If you did not get a pre-order then you’re likely holding out hope for release date, but getting one then will likely require hours camped outside a store hoping there will be enough for everyone in line. Toys R Us elected not to do pre-orders of any kind so they’ll likely have the most supply on September 29th. The other big box retailers are expected to have some as well, but no one is releasing numbers at this time and likely won’t until the 28th, if at all. Wal-Mart recently cancelled several pre-orders made by people attempting to order more than one device, so there’s perhaps a sliver of hope they’ll release a few more pre-orders, or perhaps they’ll just include those items previously spoken for in the launch day release. Amazon will likely do what it did with the NES Classic and reserve the bulk of its units for its Prime Now delivery service. It’s few brick and mortar locations may have some as well. And if you’re in New York City, the Nintendo Store will have probably the most SNES Classics in one place. Like Toys R Us, the Nintendo Store did not do any pre-orders. 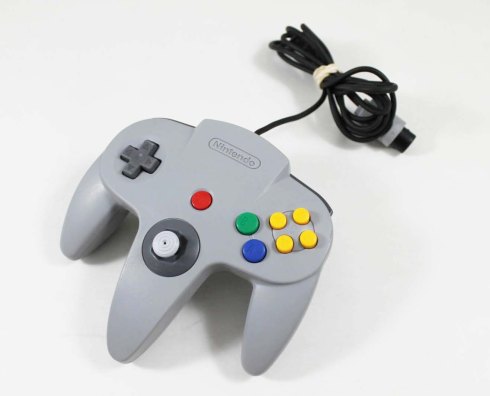 This goofy three-handled controller is possibly the determining factor on if we get a N64 Classic.

And all of this madness is to secure a plug and play gaming device that has 21 games built into it, 20 of which have been available in various forms for 20 years. It’s easy to be dismissive of the device as a gimmick, but if you’re a gamer it’s hard to argue that the SNES Classic isn’t going to be a pretty great way to experience some of the best video games ever made, which makes it all the more frustrating that it’s a limited release. Simply put, this is Nintendo’s fault. They’re making a device that people want and there’s great demand for, but they’re creating this scarcity by intentionally only offering it for a limited time. They’re emboldening scalpers and retailers like GameStop that will jack up the price for their fans, and it’s not as if Nintendo profits off of any of that. Nintendo could likely manufacture twice the amount of SNES Classics it plans to release and still guarantee itself a sell-through. There’s no reason to have even stopped production on the NES Classic! People want it, so why won’t Nintendo make it?

Naturally, as consumers prepare for the launch of the SNES Classic many are wondering what will follow it. Does Nintendo continue along with these mini retro machines? One would assume a mini Nintendo 64 would be next. The technology in the NES Classic is rumored to be powerful enough to handle Gamecube titles, so it’s not a question of if it can be done, it’s will it? And more importantly, as consumers do we want it?

Nintendo could continue making retro machines that aren’t the N64. A retro GameBoy that is both portable but can plug into a television is possible. Perhaps the screen would be too expensive to keep the current price point, though if the screen were the equal of the original GameBoy I can’t imagine it would be that expensive. Nintendo could release a Super GameBoy edition of the SNES Mini to get around that. Still, the most likely is a mini N64, but it too presents challenges. The NES and SNES controller is pretty simple and cheap to produce, but the N64 controller is more complex and likely more expensive to manufacture, especially if one wants to include rumble. And the software is a bit murkier as well. Game development windows were growing wider come the era of the N64 and fewer first party titles were available. After all, there was only one Mario game made for the N64. Rare, at the time a second-party developer for Nintendo, made a lot of the most popular titles for the N64 and the royalties may be a bit complicated concerning sales of the N64 Mini. Still, I suppose we should speculate on what would be included before getting dismissive. The SNES Mini has 21 games, 20 of which were previously released. The N64 Classic would likely have fewer, so for the sake of simplicity let’s speculate on 15. 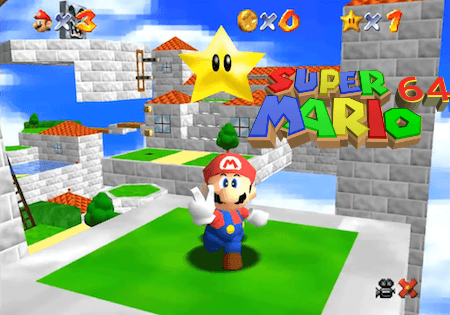 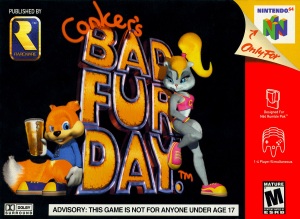 It’s worth mentioning, despite how unlikely it is to be included.

Other titles worthy of consideration:

Yoshi’s Story – it’s not a good game, but it stars a prominent Nintendo character.

Dr. Mario 64 – Dr. Mario was included on the NES Classic, that’s pretty much the only reason to include it here though.

Banjo-Kazooie – the Banjo games were really popular on the N64, so they feel like they should be included, but Rare owns the characters and DK 64 is essentially the same game.

Pokemon Puzzle League – it’s Tetris Attack but with Pokemon. It’s an excellent puzzle game, but Nintendo left Tetris Attack off of the SNES Classic so they may do it again here. The Super Famicom Classic will have Tetris Attack, so maybe Japanese gamers would get it. I’d personally take this over Pokemon Snap any day of the week, but it’s just my gut telling me that Snap is more likely.

Blast Corps –  a pretty fun Nintendo/Rare game that probably should be included, but probably won’t be.

Conker’s Bad Fur Day – I probably don’t need to explain why this won’t be included, but it’s the best thing Rare ever did with the 3D platformer genre.

GoldenEye – it’s a beloved game for the N64, and it recently turned 20, but licensing issues will keep it, and it’s spiritual sequel Perfect Dark, off of any N64 Classic (though if an exception were made this is the game Nintendo would make one for).

Pilotwings 64 – certainly worthy of inclusion, but Nintendo didn’t see fit to include the original on the SNES Classic so it doesn’t bode well for the sequel.

Mario Golf/Mario Tennis – these are solid games, and would stand a chance at inclusion if Nintendo felt it needed a sports title to round out the mix.

WWF No Mercy – I just felt it merited discussion since it and the other THQ wrestling games were so popular, but licensing issues would keep it out 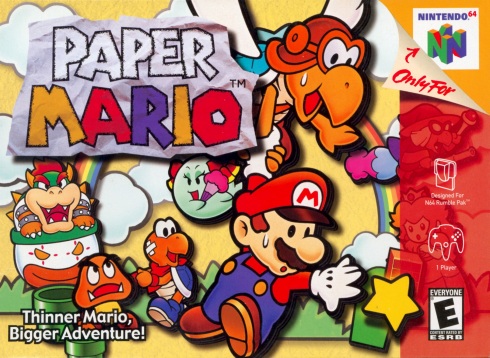 A N64 Classic would be a great excuse to revisit this little gem.

After running through the games, I’m actually slightly more optimistic at the prospect of it. Nintendo published a lot of worthwhile software, more than I remembered, to easily ignore the holes left by third parties on the N64. While it’s crazy to exclude Capcom and Konami after both had such a large presence on the NES and SNES Classic, neither company really did much on the N64 that warrants inclusion. If Nintendo wants to completely ignore the contributions of Rare it probably could, though it would feel a bit dishonest since Rare came up huge for the N64. 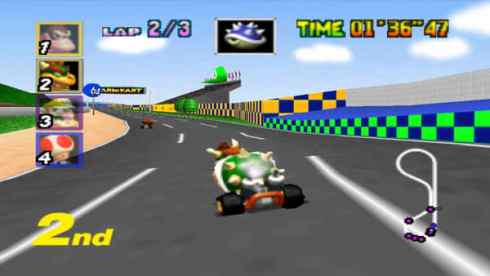 You kind of need to be able to have 4-player play, right?

Still, it begs the question, do I want nintendo to put out a Nintendo 64 Classic Edition? It’s not just about the games, wanting one also means dealing with intentional scarcity likely to follow. It also probably means paying a higher price. The NES Classic was $60, and the SNES Classic is $80, the N64 Classic could command $100. And unlike the other two, the N64 Classic practically requires four controllers to truly replicate the experience and spare controllers for the NES Classic were the only things harder to find than the NES Classic itself! Could Nintendo package it with four controllers to help soften the $100 price point? Maybe, but if those controllers are expensive to produce then it may not be possible. And do we really want to spend $100 or more on a mini N64? An actual one with multiple controllers would run you about the same and those cartridges aren’t super scarce and quite durable. It’s certainly not the nostalgia boner the NES and SNES induce. So really – I don’t know. I look at that list of games, factor in the cost and aggravation, and I really don’t get the same sense of want that the SNES Classic gives me. Part of that is just that the games from the N64 era haven’t aged particularly well, so my desire to revisit them isn’t particularly strong. On the other hand, I know me and I tend to want what’s new and what’s popular where games are concerned so there’s a good chance I’d try to get one. Unlike with the SNES Classic though, I don’t think I’d go above and beyond to secure one. I need the SNES Classic (obviously I don’t, but the level of want I’m experiencing feels like need) and will get one no matter what, but I could probably go without a Nintendo 64 Classic and not feel too bad about it.

2 responses to “Do We Really Want a Nintendo 64 Classic?”