The Greatest Games I’ve Ever Played

When discussing a particular favorite of mine I tend to cite something as “one of my all-time favorites” and let that statement hang in the air.  Recently I began playing just such a title and got to thinking about this more in depth; what are the best games I’ve ever played? 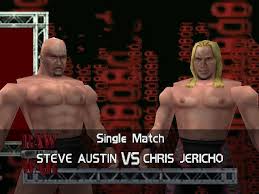 Those N64 graphics really have not aged well.

When I get into a gaming lull, such as what I’m in at the moment, it’s easy for me to get down on the current crop of games.  Nostalgia has a funny way of tinting things and convinces us things were always better than they are now.  That certainly can be true for a lot of things though often times it’s a false impression.  With games, I hear it quite frequently whenever a new wrestling game is discussed.  Fans cling to the old THQ game WWF No Mercy and often cite that game’s greatness when discussing the faults of whatever the latest release is.  And while that game is a good one, and probably did some things better than the current generation, it truly was surpassed long ago as the greatest grappler of all time, if it ever even truly held that distinction (I suppose that’s an argument for another time).

That said, this current generation of consoles hasn’t produced a whole lot I would consider to be among my favorites of all time.  Perhaps it’s not fair to assume more games like that should be released when it’s challenging for the truly great in any medium to come along.  How many new movies that come out in a given year can be considered among the medium’s all-time best?  One, if any, probably.

So how many games have been released for the PS3/Wii/360 will I remember as some of my favorites?  A few.  There’s Red Dead Redemption, which ended up being a lot more than just Grand Theft Auto Cowboy.  Mass Effect 2 is certainly in the running and the super hero genre has never received a game better than Batman: Arkham Asylum.  There might even be a few more, but that’s a solid start.  And here’s hoping Skyrim enters the discussion in a month or so.

Maybe some of my favorites have been released this life cycle, but I’m not ready to anoint any of them yet.  Plus this is a blog that caters to nostalgia and while I may post game reviews for new titles, a feature like this one should focus on the oldies. 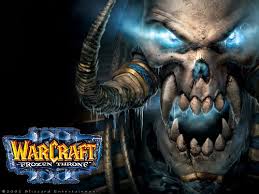 Sorry, but you're only 9 years old! Check back next year.

I made a list of what I considered my favorite games of all time.  Off the top of my head, my list totaled over 20 but I wanted to limit this feature to a top 10 of sorts.  I immediately cast aside anything that wasn’t at least 10 years old.  A solid decade is enough time for an opinion to be formed and take root.  This meant some of favorites did get cut-off.  One of which, Warcraft III, just barely missed out as that one is only 9 years old.  Another was Metal Gear Solid 3.  I suppose I could have just replaced it with one of the two games that came before it, but I felt like my heart wouldn’t really be in it, so no MGS in my top 10.

I also eliminated any obvious selections, so no Ocarina of Time.  Why?  Because there’s probably already a million other blogs and review sites out there telling you the game is a classic.  What’s one more really going to add to things?  In addition to knocking off the Zelda franchise, this also knocked out the traditional Mario titles.  It’s not that I don’t love me some Super Mario World, it’s just been talked about enough.

Despite that criteria, my list isn’t going to be full off obscure titles.  There’s some that could be classified that way and a few obvious ones.  Once I established my criteria for this feature I began weighing each game amongst the pack.  I already had a couple that I knew had to be included, but some tough decisions had to be made for others.  I basically just picked them apart and started crossing off the games with the most faults until I got my 10.

The last two were particularly difficult.  I can’t even remember which game I was stacking this one up against, but number 11 became Klonoa 2: Lunatea’s Veil.  As great as the game is, I realized my biggest argument for keeping it on the list over the game it was duking it out with was because of it’s obscurity, which seemed like the wrong reason.  I love the game so much though, that I figured I’d show it some love in this intro piece. 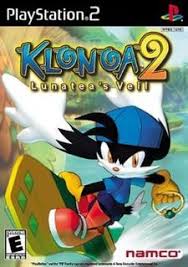 Klonoa 2 is the Playstation 2 sequel to a game that was released in 1998 on the original Playstation.  Published by Namco, Klonoa 2 is one of the first 2.5D platformer titles, meaning the graphic’s engine renders everything in full 3D but the gameplay is more like a 2D side-scrolling platform title.  This is the type of approach Capcom would take with its Viewtiful Joe franchise and Nintendo would implement for New Super Mario Bros.  I don’t know if Klonoa was the first of its kind to utilize this, but it was definitely the first game of its type that I played.

Klonoa is a typical platform character in that he’s furry and cute but it’s kind of hard to figure out just what kind of animal he is.  His design has a little spunk to it with a backwards hat and giant shorts.  He has two big floppy ears that allow him to hover momentarily and extend jumps.  The main gameplay mechanic centers on Klonoa’s ring.  The ring (which he holds with his hand because it’s huge) shoots out a grappling hook-like beam that grabs enemies.  Klonoa can then hurl those enemies as a weapon or use them for a double jump.  Some enemies or objects will have propellers or something that allow Klonoa to do other things with them as well.

Instead of being a left-to-right and collect everything type of game, Klonoa tends to focus more on puzzles than anything else.  Often there’s switches that need to be activated in a certain manner that isn’t always clear.  Early on in the game things are pretty simple but the challenge factor gets upped the further you progress.  It never becomes truly difficult, but is often satisfying.  There are boss encounters that often play with the perspective.  Usually Klonoa is on a bridge or a ring and the boss will be in the center giving the game more of a 3D feel at times while still maintaining the classic 2D “invisible wall” restrictions.  The game is also quite colorful and a joy to behold.  Namco went with a cel-shading look which was growing in popularity at the time and it works very well with the game’s visual style.  The story line isn’t anything ground-breaking, but it’s presented well with nice cutscenes throughout.  Namco chose not to dub any of the characters so they chirp in Japanese (or what I think is Japanese, I suppose it could just be gibberish) and it actually works as these types of games usually end up with some horrendous voice acting. 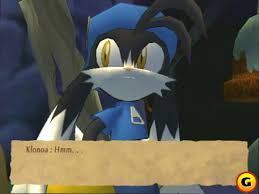 Look how cute he is with his backwards hat and giant zipper!

That’s a quick and dirty overview of Klonoa 2 but what’s most important to know is that the game is just plain fun.  It’s a true joy to play and the level design is on par with Mario’s best.  And really, outside of Mario’s best, this is one of my favorite platforming games of all time.  I’d easily take it over any of the 3D platformers put out by Rare and Insomniac.  It can be had for less than $20 on eBay so if you’re itching for a good platforming experience definitely check it out.

So be on the look-out for my official top 10 greatest games I ever played feature.  I’ll have plenty more to say on the subject.  This feature will differ from my top 10 albums list as I don’t plan on actually numbering them.  I don’t know what order I’ll even post them in but I’ll try to break up titles that may be similar to one another (I did restrict myself to only one game per franchise, so things shouldn’t get too repetitive).  I do, however, have a favorite game of all time and I will save that one for last.  And lastly, if you’re curious, most of these games will be from the Playstation era.  I didn’t plan it out that way, it’s just how it ended up.  Even though when I think of old games my mind immediately goes to the original Nintendo and 16 bit systems.  I guess in 10 years if some other 20-somethin’ blogger decides to make a similar list it will be populated by Xbox and PS2 games, if not 360 and PS3.

This entry was posted on Saturday, October 22nd, 2011 at 8:04 pm and posted in Greatest Games, Video Games. You can follow any responses to this entry through the RSS 2.0 feed.
« The Definitive Batman Film
Danzig III: How the Gods Kill »