The Legend of Ganondorf 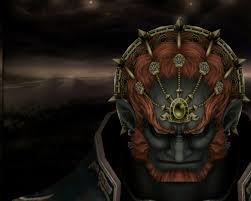 Who wouldn't want to play as this guy?!

In my write-up on the Legend of Zelda franchise I made note of the fact that the series is dangerously close to becoming stale.  Ever since the iconic Ocarina of Time, the games that have come after have mostly followed the same mold.  There’s something to be said for not fixing what isn’t broken, but like a movie with a sequel that continues to reuse the same plot it becomes less interesting.  In a way it’s like the economic concept of diminishing returns.  One way Nintendo could put a new spin on the franchise would be to take a look at long-time nemesis Ganondorf, thus I propose that he should receive his own game:  The Legend of Ganondorf!

Ganondorf still sounds strange to me.  When I was a kid the main baddie for Link to overcome was named Ganon and he looked like a pig.  He was the final boss in the first Zelda game and a plot device in the sequel before returning as the main villain for A Link to the Past.  It was also as Ganon that he appeared on animated series the Super Mario Brothers Super Show and Captain N: The Game Master.  It wasn’t until Ocarina of Time that he was given a more human-like appearance and referred to as Ganondorf.  Once he undergoes a transformation during the game’s final boss encounter the game refers to him simply as Ganon.  It was also in that game we learned that Ganondorf belongs to a race of desert people known as the Gerudo.  The Gerudo are thieves by trade, and their race only includes one living male at a time who reigns as their king.  Being that Nintendo is a family friendly company, the game doesn’t go into much detail how a race of people could survive with only one male living at a time but we can let our imaginations run wild. 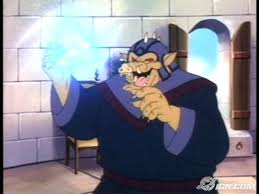 It doesn't matter how many years go by, this is still the first image that comes to mind when I hear the name Ganon.

That’s an image Nintendo should abandon with a Ganondorf title.  A game focusing on his origins could take some risks that maybe Zelda would not normally.  The main character would likely need to be ruthless and cunning to survive in such a world and the plot could add a dangerous component to being the Gerudo’s only male.  It could be shown that the notion of only one male being born every ‘X’ amount of years is a piece of romantic fiction perpetrated by outsiders.  In reality, it could be that the Gerudo priestesses are sacrificing low born males and only keeping one around intentionally.  That could then go in one of two ways, it could be that the male chosen to live is of significant birth and prophesied to be something special.  Or it could be they select a sickly youth who will be easier to control – a puppet king.

Regardless, the setting would be a more lethal one than anything Link has ever faced.  And since Ganondorf and the Gerudo are thieves the plot would advance in an anti-hero fashion.  This particular game would serve as a prequel to the Ganondorf we see in Ocarina of Time and the plot would revolve around him proving himself worthy to the Gerudo and amassing power.  The ultimate conclusion of the game would be for Ganondorf to acquire the Triforce of Power and claim Hyrule as his kingdom (the part of OOT where Link is in a magically induced state of sleep).

As Ganondorf would progress through the game he'd gain new powers, like animating the dead. More Stalfos please!

The character of Ganondorf and the setting would make the game pretty interesting in its own right, which would make it easy for Nintendo to just take this set-up and throw it into a Zelda game.  That would be too easy though.  Ganondorf should not play like Link, and separating the two would be an important point for the gameplay.  Since he’s a thief a stealth component would serve him well.  Dungeons would require a young Ganondorf to steal his way through undetected and emerge from the shadows to take down his foes.  As his powers increase the gameplay would shift to a more action oriented one where a bold and confident Ganondorf is unafraid to emerge from the shadows and take on all comers.  Ganondorf is depicted in OOT as wielding a single weapon, but a little creative liberty would be welcomed if the developers chose to give him dual blades instead (as seen in Wind Waker).  Ganondorf’s combat could be more rhythm based as opposed to Link’s, which is just push attack and dodge occasionally.  This would give the game an action component.  The biggest design decision the developers would face would be whether or not to include a jump function.  Giving the player character the seemingly simple jump command tends to open up the game to plat-forming elements.  There are pros and cons to this and I have no preference to either side.  Certainly doing so would help separate the title from the main Zelda franchise.

I’m sold on the idea and think it’s one Nintendo absolutely should explore.  It’s no secret the company is struggling right now.  The Wii luster has long since worn off and the system has become barren.  The 3DS has struggled to make an impact in the market due to a number of reasons and is already receiving its first price cut this month.  The Wii is dead, but the 3DS has some nice software on the horizon.  The problem is that a lot of it is unoriginal ports like Star Fox 64 and Metal Gear Solid 3.  A shiny new original franchise based on Ganondorf would immediately grab the spotlight.  If pulled off well it would no doubt help move systems as well and the 3DS hardware is more than capable.  Of course, Nintendo could still pursue the title but earmark it for their new console the Wii U, maybe even make it a launch title.  There’s easily enough here to make a good game though, and we Zelda fans would love to get an in depth look at the main antagonist of the franchise.  Free Ganondorf!