Comic book characters seem to go through peaks and valleys where their cultural impact is affected.  Take Superman, for instance.  Superman was a force to be reckoned with back in his hey-day.  Not only was he a popular comic book, but he had live action television shows, cartoons, serials, and eventually feature films about him.  His popularity probably peaked when Richard Donner brought him to the big screen in 1978.  “You will believe a man can fly,” was the popular tag line on every poster and the film spawned three sequels of varying quality.  Ever since his last television show was canceled though, Lois and Clark: The Adventures of Superman, he’s faded away.  DC Comics and Bryan Singer tried to bring him back in 2006 with the feature film Superman Returns, but the film was a disappointment and Superman has been in limbo ever since. 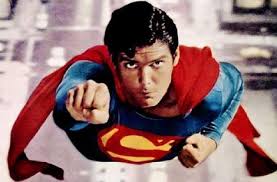 For many, this is still the first image that comes to mind when thinking of Superman.

Spider-Man is another good example.  He was mostly relegated to the comic book world with a few tries at television.  There were the cartoons and a short lived live action series and made for TV movie but nothing to really push Spidey into the mainstream.  That changed in 2002 with the release of Sam Raimi’s Spider-Man which was a great success at the box office.  The sequel did even better and Spider-Man was all of a sudden the world’s most popular comic book character.  It’s tough to stay on top, and Spider-Man 3 derailed the webbed one’s momentum.  Now the public awaits a new Spider-Man movie set to release in 2012 and both Marvel and Sony hope it can reignite the franchise.  Time will tell.

Right now, the unquestioned king of the comic book mountain is Batman.  Batman has probably been the most consistent character in terms of maintaining his appeal.  He’s always been popular since his creation in the late 30’s, though he’s always kind of played second fiddle to Superman.  He did have a successful television show starring Adam West in the 1960’s which helped him to cross over into the mainstream even further.  There was a bit of a lull for the caped crusader in the 70’s as writers struggled to find the right way to portray him and TV and film were disinterested.  As I mentioned in my last post, Batman took off once again in the 80’s following the release of Frank Miller’s The Dark Knight Returns, which helped influence Tim Burton’s two Batman films.  And while two poor outings for him on the silver screen in the 90’s dimmed his star a bit, along came Christopher Nolan to put Batman back on the top.  It seems impossible to expect the upcoming sequel to The Dark Knight to equal or surpass its predecessors, but Nolan and Co. will surely give it their best.

Always lurking on the periphery of main stream super stardom has been Marvel’s most famous team, the X-Men.  The X-Men were created in the 1960’s by Stan Lee and Jack Kirby, but was soon turned over to other writers to craft the stories.  Lee admits the X-Men were born from burn out, to a point, as Lee had run out of ways for characters to gain super powers.  The solution was to make the X-Men born with super powers as a result of a genetic mutation.  To make things a little more interesting, their leader was placed in a wheel chair and made the most powerful mutant in the world.  The back drop ended up being civil rights, where mutants were considered to be something less than human by society and struggled for equality. 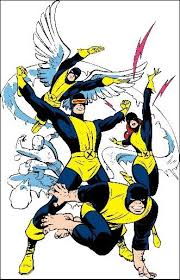 The premise was strong, but the execution wasn’t always up to the task as the X-Men were mired in obscurity for much of their existence.  Marvel would in effect cancel the series after issue #66, choosing to re-print older stories up through issue #93.  In 1975 the famed Giant Sized X-Men #1 was released and got the X-Men rolling.  This issue introduced the soon to be most popular (and sometimes most hated) X-Men of them all, Wolverine, to a broader audience.  From that point on the X-Men began to rise steadily in popularity throughout the 80’s behind the writing of Chris Claremont and leading eventually to the books illustrated by new comer Jim Lee.  The series peak coincided with the launch of a second series, simply titled X-Men, in 1991.  The inaugural issue is still the best selling comic book of all time, totaling sales of over 8 million copies (I personally had two).

During this time Marvel tried to bring the X-Men to an even bigger audience.  In the late 80’s an attempt was made to get the X-Men on tv and a pilot was produced titled “Pryde of the X-Men.”  The plot for the single episode was new comer Kitty Pryde being integrated into the lives of the X-Men (Xavier, Cyclops, Nightcrawler, Dazzler, Storm, Colossus, and Wolverine) when Magneto and his cronies storm the gates and steal Cerebro’s core.  The show wasn’t picked up and no reason was given why.  And while the show looked great for its era, it was a bit campy and was probably most well known for making Wolverine Australian.  It ended up being a good thing that the show wasn’t picked up, as it sent Marvel back to the drawing board and an X-Men cartoon was eventually created and shown on Fox.  It was, for awhile, the number one rated kid’s program on Fox (until the Power Rangers came along) and had a long run totaling 76 episodes over 5 years. 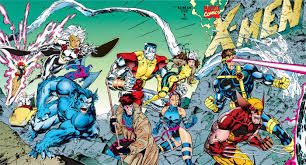 The X-Men received a huge boost in popularity in the early 90's, leading this issue to sell over 8 million copies and become the best selling single comic book of all time.

screen.  X-Men was the most popular book put out by the company but it also presented the toughest challenge in terms of a big screen adaptation.  Managing a large cast of characters was the first obstacle, and the next was probably trying to find a way to make yellow and blue spandex look good on the film.  As most know, it took a long time but a script was eventually agreed upon and Bryan Singer was chosen to direct.  Singer, admittedly, was not a fan of the book or even a comic fan at all which didn’t sit well with fans.  Of course, the fanboys would be holding their breath until the part of Wolverine was cast.  The honor eventually fell to then unknown Australian actor (irony!) Hugh Jackman.    Reactions were mostly negative but Jackman’s performance would, more or less, win fans over when the film debuted in 2000.  Critics mostly approved of the inaugural film though few were effusive in their praise.  The end result being a movie that was considered good, but not great. 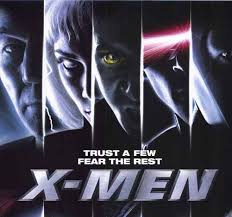 The X-Men finally made their way onto the big screen in 2000.

The X-Men ended up getting three films, pretty standard these days for a movie franchise, plus a Wolverine spin-off.  This summer, the fourth movie in the series will be released.  It’s a prequel titled X-Men First Class and will attempt to provide a more in depth back story for both Charles Xavier and Magneto.  The first trailer hit the web this week and reactions have been mixed.  The film takes place in the 60’s and appears to depict the inaugural formation of the team, lead by both Xavier and Magneto.  At some point, the two personalities will clash to the point that the two become enemies.  Since it tries to stay within the same world as the other X-Men films, none of the team members from those films (except a younger Beast) are a part of the team.  It remains to be seen if a compelling cast of mutants could be found to carry the film, but I have a feeling it’s going to lean heavily on the Xavier/Magneto dynamic and probably relegate the others to minimal roles.

I plan on looking at the three already released films in more depth in future posts, as well as the animated series.  I am of the opinion that while the films were mostly solid entertainment, they ultimately end up being a disservice to the franchise and have left the series in a bad spot.  Perhaps the upcoming film will change my opinion but my expectations have been set pretty low.