The State of MLB Video Games 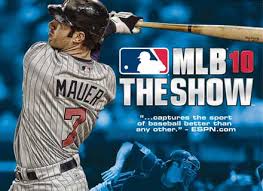 The Show franchise stands as the best of the current crop of MLB games.

2010 was the first year since 2002 where I did not purchase a new video game baring the Major League Baseball license.  I’m not sure if there was one particular reason but I was surprised with myself that I just did not have the desire to get a new one.  Perhaps this ties in with my previous post about my feelings on video games in general and my lack of interest, but I always felt that my baseball obsession was enough to overcome that.  Maybe it was because the home town team, the Boston Red Sox, had just completed a rather drab off season and appeared to be stuck in neutral as the season approached.  Or maybe it was just the product itself hadn’t advanced enough in a year to warrant another purchase.

Whatever the reason, my apathy towards the idea of purchasing a new baseball title did not return completely this year.  In all likelihood, I will make a new purchase in 2011 and it will likely be for the latest title in the MLB The Show series put out each year by Sony.

The Show has been my franchise of choice over the past few years ever since Take Two Entertainment acquired the exclusive third party publishing rights to the MLB brand, thus putting a dagger into my preferred franchise of the time EA Sports’ MVP Baseball*.  This agreement did not apply to first party publishers so Sony was able to keep putting out a new game each year, which was a great thing because Take Two’s title has been consistently mediocre each and every year. 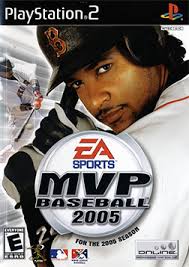 A great franchise that died too early.

*I always felt the consumer lost out big time with the exclusive rights deals brokered for sports games in the middle part of the last decade.  Take Two’s acquisition was largely a response to EA securing exclusive publishing rights to the NFL brand, thus killing off Take Two’s fantastic NFL 2k series and leaving gamers with Madden as their lone option.  In the span of a year, my two favorite sports titles were no more.

The Show has risen in quality over the years and has even surpassed the level of the final MVP game, though who knows where that franchise would have been now had it been allowed to exist.  The Show shamelessly ripped off MVP’s pitcher meter, a system where the player has to time his or her button presses with the release points of a pitcher’s delivery for optimal pitch execution.  This is a good thing as the pitch meter has been the single best addition to the baseball video game since the behind the plate hitting camera.  The Show has been able to add considerable depth to its franchise mode, clean up some annoying bugs, and give gamers the highly addicting Road to the Show game mode where players create a character and try to achieve Hall of Fame status over their career. 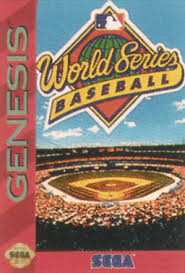 The first baseball game I ever bought and one of the best all-time.

The only problem with what I just stated is that most of those additions were either made or perfected for 2007’s game.  Since then, little has changed aside from incremental boosts to the game’s visuals and gameplay balance.  The last few years the game has felt like a $60 roster update.  If the same is true of this year’s title than Sony can safely assume that I won’t be purchasing the game in 2012, I’ll get my fix this year and let that title last me a couple of years.  So without further adieu, here is how I think this title can be restored to glory (bare in mind, I did not play last year’s game so if anything I propose was added for 2010 that’s why):

I think that’s enough for one entry.  I’m almost certain I’ve forgotten about some other annoyance I have with the franchise but if most or all of the above were inserted for a new game I’d be pretty content.  At least give me the sense as a consumer that I’m not paying for the same game over and over.  Gimmicks don’t work and I don’t care if players sweat more realistically this time around.  I just want a great simulation of the game of baseball.  The developers have come close over the years to giving me just that, but so far no one has hit one out of the park and I’m beginning to think no one will.

This entry was posted on Saturday, January 22nd, 2011 at 11:11 am and posted in Sports, Video Games. You can follow any responses to this entry through the RSS 2.0 feed.
« #6 – Children of Bodom: Hatebreeder
Bucky O’Hare’s on DVD »