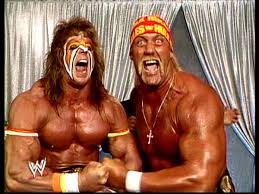 Eat your vitamins, do your pushups, and take your steroids, Brother!

For my generation this theory is easy to understand.  When I was a kid in the 80’s Hogan was the biggest star in wrestling along with Macho Man Randy Savage and The Ultimate Warrior.  These muscle bound larger than life characters seemed like super heroes to me.  Combine that with the theatrics and violence of the WWF and you had a recipe for success.  I was young enough to consider the possibility that what was happening before me was real and not scripted.

At some point things get old.  As I got older I was more aware that the whole thing was fake.  The most obvious being The Undertake and his dead man persona being lead around by the bulbous Paul Bearer who supposedly controlled him via an urn he carried everywhere.  I’m not sure if anyone could be expected to fall for that.  And after awhile the storylines begin to repeat themselves.  For a show that has no off season it does pretty well to keep things going but eventually roadblocks are hit and things get a feeling of “haven’t we been here before?” 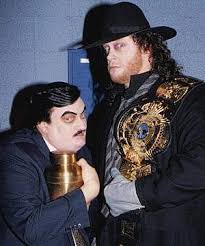 Though the word was never used on WWF programming, The Undertaker was basically a zombie.

I suppose the nail in the coffin of my early wrestling fandom was Hogan departing the WWF for WCW, continuing a mass exodus of talent from one brand to the other.  WCW had this stigma about it, I don’t even recall what it was specifically, but for some reason I could not even consider watching it.  The WWF was left with Shawn Michaels and Bret Hart as the only legitimate main event talent.  I remember one title match later on at Wrestlemania featured The Undertaker against Psycho Sid.  Anyone who can remember how awful Sid was in the ring can understand why that was a huge low point.

It wasn’t long after that the WWF figured out it’s audience had outgrown it, so they had to “grow up” with it.  I use that term loosely as growing up just meant increasing the amount of cleavage and profanity across the board.  The thumbs up was replaced with the crotch chop and the squeaky clean baby-face was no longer in vogue.  Now the biggest name in the game was a foul-mouthed, beer swigging, anti hero.

Stone Cold Steve Austin brought me back in late 1997 which began the second act of my wrestling obsession.  This time it was more intense than ever, partly because I was able to make it through two hours of Raw each week.  In what is now known as the Attitude Era, the WWF gave its wrestlers more freedom to be themselves which helped get rid of the stupid gimmicks that had dominated the scene.  In hindsight though, this just meant everyone was some tough badass.  The bad guys weren’t much different from the good guys, it was just all about who was with the character of Vince McMahon, and who wasn’t. 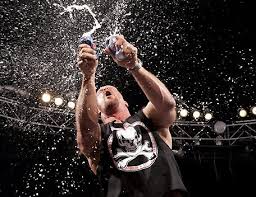 Stone Cold kicked off the era and The Rock sustained it.  I suppose the era ended when the whole WCW invasion angle began.  Or maybe it ended with Stone Cold went heel.  In reality, it was mostly on life support until The Rock departed for good to pursue his movie career.  Mick Foley, a guy who never would have been popular in another era, was also gone and Stone Cold had left earlier due to health reasons.  Shawn Michaels would make a surprising return and the Undertake was still kicking around but the whole thing was done and over with.

I lost interest long before any of that stuff took place.  I don’t remember exactly when I tuned out but it was sometime around the Austin “What?” gimmick.  I hated that, but it was probably just the last straw.  At some point I realized I was watching out of habit as opposed to enjoyment and other things began dominating my free time.  What doomed it for me was the same thing that had doomed it before, it just grew stale.  After two or three years of intense interest on my part I realized I had seen it all.  Little actually surprised me and the actual wrestling matches usually weren’t entertaining enough on their own to keep around. 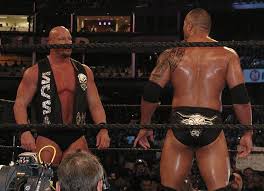 Stone Cold and The Rock would face each other many times during the Attitude Era.

I have never gotten back into it.  Now the WWE trends young once again and a whole new generation is getting hooked.  It seems to be doing well, though there also seems to be less instance of the wrestling world reaching into the mainstream.  John Cena is the biggest name but I don’t see his image in other places as often as I used to see Hogan, Rock, and Austin.

That said, this is The Nostalgia Spot and my affinity for such things does affect my long abandoned wrestling interest.  I’ve made a few DVD purchases over the years, but most of them were for the matches.  I have the three disc Mick Foley set which is just entertaining.  While it’s not even close to being all inclusive, it does contain a lot of his wild matches that still resonate today.  For pure technical wrestling, I have the Eddie Guerrero and recently released Chris Jericho sets.  Both guys made their name in WCW where I tuned in infrequently so for me there was a lot of new on these sets.  Both guys are in-ring acrobats, though Jericho was one of the best characters ever.  For pure nostalgia though I have the Stone Cold set.

Steve Austin was not a great in-ring performer.  Often derided by wrestling purists, he mostly was a brawler and his arsenal did not possess anything even remotely flashy.  I do think he was an underrated worker though, and for someone who was arguably the biggest wrestler of all-time, he was willing to put guys over during his matches (keyword being during).  He’d take chair shots to the head, let guys work him over, and took numerous bumps on the unforgiving concrete.  He didn’t go as far as Foley, but he certainly wasn’t some wimp.  And when the situation called for him to shed some blood and blade during a match he gushed. 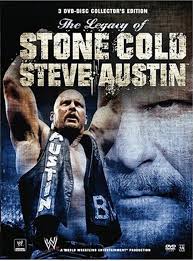 Re-living his matches was actually better than I thought.  The actual purchase of his DVD set was one of those purchases where I regretted it immediately after its completion as I felt it would not do what I wanted it to do.  Which is to say, I wanted to get that old rush of excitement I would get when Austin dominated the screen.  While it wasn’t quite the same, it was still there.  As a result, the best matches are on discs 2 and 3 when Austin was wrestling under the Stone Cold gimmick as opposed to his earlier days.  Before that gimmick, he was pretty boring.  A boring wrestler with an ordinary repertoire is not much fun to watch.  If I have one complaint about the set it’s with the lead-ins by Austin before each match.  It’s as if he wasn’t sure if he was supposed to be in character or not.  As a result, sometimes he comes across as Stone Cold, and other times he sounds like he’s being candid.  He also doesn’t touch upon any of his real-life antics when his star was fading.  Austin famously wouldn’t let anyone get a clean victory over him and had a couple of walk-outs on the WWE.  Though expecting him to go into such detail on his own DVD set might be asking for too much. 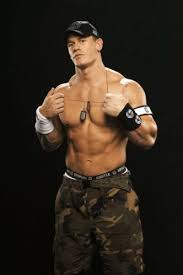 The current face of the now WWE, John Cena. He pretty much sucks, but apparently the kids like him.

Even though my interest in the television product is now non-existent, I still enjoy the videogames.  Which is kind of amusing to me because overall my interest in videogames is at an all time low for me.  I just like creating my own characters and scripting my own events in these games.  They’re pretty fun to actually play, though inherently flawed.  I don’t buy a new one every year but when I do I get a lot of milage out of it.  I’m still waiting for the perfect wrestling game to be made, but that’s probably another post by itself.

I do not anticipate ever getting back into wrestling full time.  As my post started out I mentioned I think every guy has his wrestling phase or phases and that’s it.  Sure some are lifers who are hooked on the soap opera routine.  And there’s something to be said of having a new episode to watch every week, something only soap operas really offer.  Because of the nature of the game it will always be able to stick around.  It’s overall popularity will rise and fall with the times but there’s always a new generation ready to get into it.  I often wonder if the current more PG approach the WWE takes will eventually change over as its audience, once again, gets older.  I’d actually be surprised if it didn’t.

This entry was posted on Saturday, January 15th, 2011 at 5:08 pm and posted in General. You can follow any responses to this entry through the RSS 2.0 feed.
« eBay and the Free Market
#8 – Avantasia: The Scarecrow »