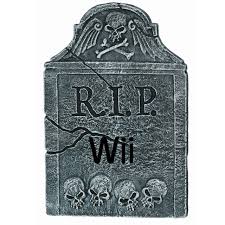 I was recently checking out a list for upcoming video games in 2012 over at ign.com.  I don’t usually look at such lists, I prefer to live in the moment, but I wanted to see when the new Resident Evil title was being released on the 3DS.  As I browsed the list I noticed several games I’m looking forward to:  Twisted Metal, Mass Effect 3, Kid Icarus Uprising, and so on.  It looks like my consoles will be well represented, but there’s one notable console with a severe lack of new software:  Nintendo Wii.

2012 figures to be a transition year.  2011 marked the end for the Nintendo DS as it was replaced by the 3DS.  There were a few notable titles released on the old hardware, and there figures to be a couple of stragglers in 2012, but for the most part the DS is dead.  The Sony PSP also, more or less, died in 2011 as its successor was released in Japan at the end of the year, the Vita (and it should be noted, that despite a pretty impressive batch of launch titles it’s off to a terrible start sales-wise).  The Vita’s release state-side next month will all but end the life of the PSP.  2012 figures to include announcements for the successors of both the Xbox 360 and Playstation 3 with new consoles arriving sometime in 2013 or early 2014.  Even though the current hardware still seems totally viable to me, there’s always this need to be the first to market with the next best thing.  That’s Nintendo’s strategy with the Wii’s successor, the Wii U, scheduled for release this fall.

The Wii U was announced last spring.  It created some buzz around the gaming community for its unique controller which basically is a Nintendo DS with twin circle pads.  It remains to be seen what kind of impact it will have, but it, and the list I was looking at yesterday, got me to thinking about the Nintendo Wii and what its legacy will be. 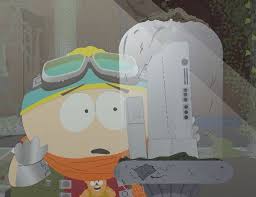 It's almost hard to imagine anyone viewing the Wii as a holy grail of sorts today, but pre-release...

Nintendo did take a risk with the Wii, banking on its motion controls as the system’s true selling point since graphically it wasn’t much better than Nintendo’s previous console, the Gamecube, and under-powered when compared with Microsoft and Sony’s offerings.  It was also cheaper though, which no doubt helped turn the thing into a retail juggernaut.  When it launched in the fall of 2006 I was a day one purchaser.  When South Park worked the wait for the Wii’s release into an episode I empathized with Cartman as I was dying to get my hands on one of those wii-motes just as badly as him (well, maybe not quite as badly).  And unlike the 3DS, the launch went pretty well for the Wii.  I purchased just two titles, but one of them was a brand new Zelda game so I wasn’t needing much else.  Wario Ware soon followed which was like a glorified tech demo and a surprising entry in the Dragon Ball Z line of fighting games proved to be a blast.  And with some major titles lined up, such as a new Mario title and another entry in the Smash Bros. series, things were looking pretty nice for Nintendo.  Parents struggled to find units around Christmas time for their kids, and anyone with a Wii could make a killing on eBay (I resisted the urge to do just that).

And things remained pretty solid for a little.  Super Mario Galaxy ended up being an all-time great, Metroid Prime 3 proved the Wii had something on first-person shooters that even a mouse and keyboard couldn’t duplicate, and other first-party titles gave Nintendo fans exactly what they were looking for (and Sonic made an appearance in Smash Bros., imagine that!), but cracks in the armor were starting to show themselves.  The motion controls were unique and different, but gamers soon took notice that the movement wasn’t true 1:1.  A lot of third-party developers were taking their titles and simply adding some “waggle” controls that proved more monotonous than fun.  The much maligned (by me) EA was surprisingly one of the few third-party developers willing to take the time to tailor their games to Wii, but they were the exception.  It became clear early on that Nintendo would have to be the ones to innovate and lead the way for the Wii and hope the other developers would follow suit.  The problem was, Nintendo was coming up short in that department.  Super Mario Galaxy was awesome, but it succeeded in spite of its waggle controls which really added nothing to the experience.  Twilight Princess wasn’t clearly any better on the Wii than it was on the Gamecube, and fans would have to wait 5 years to truly experience what it was like to control Link’s sword thrusts.  The Mario Kart and Smash Bros. games didn’t do much of anything to advance motion controls, and the most obvious franchise that would benefit from the scheme, Pikmin, was missing in action. 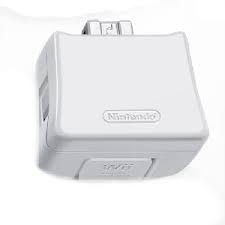 MotionPlus could have served as a catalyst for innovation on the Wii, instead it went mostly ignored.

It became clear after only a short while that Nintendo needed to do something to freshen-up the Wii experience, which lead to the release of Wii MotionPlus.  Bundled with Wii Sports Resort, MotionPlus was released in 2009 and finally offered true 1:1 motion controls.  Sports Resort, like Wii Sports, was basically a tech demo that had little lasting appeal, but it did demonstrate effectively what the peripheral could do.  Unfortunately, little arrived following the release to justify the purchase.  Again, the only developer to really take advantage was EA with its Tiger Woods franchise, but Nintendo was shockingly slow to utilize its own peripheral.  It could be argued that MotionPlus wasn’t even worth owning until 2011’s Skyward Sword, which requires the use of MotionPlus.  With every Nintendo console since the Nintendo 64 gamers have come to expect a lack of third-party support, but they could always count on Nintendo.  Now even the Big N was coming up short which left most scratching their heads.

I received Skyward Sword as a gift this past Christmas which necessitated the purchase of MotionPlus for me.  I had never bothered with it so I went out and bought a new Wii Remote since I couldn’t even find the stand-alone attachment.  The new Wii Remotes come with the MotionPlus technology built into them which is definitely nice for new adopters of the console, but I wonder how many are rushing out to buy Wii’s in 2012?  Before Skyward Sword, the last new game I got for the Wii was Super Mario Galaxy 2 in 2010.  Galaxy 2 is a good game, a very good game actually, but it doesn’t add much to the experience offered up by its predecessor.  I actually never finished it, which is surprising to me because I loved the original.  My Wii has mostly been a dust magnet for the last 3 years receiving only sporadic use at best.  It’s probably been more than 6 months since I last used it, and while I am looking forward to sitting down and taking Skyward Sword for a spin, I am left to ponder the question “Was the Wii a success?”

Financially, there’s no question.  The Wii, more or less, saved Nintendo.  Had it failed we may never have seen another home console from Nintendo again.  The Gamecube was a nice machine, but its lack of quality third-party support really hurt.  Nintendo has also seen its own stock as a first-party developer take a few hits over the years.  I’ve found myself becoming more and more critical of Nintendo over the years as they seem content to just do what makes the most money and are shunning innovation.  By most accounts, Skyward Sword is a great game and I’m pretty optimistic it will be, but I am concerned it will be too similar to the last several Zelda games.  I’ve also played a ton of Zelda this past year so if there isn’t enough new elements added I’m concerned I’ll get bored.  The last really interesting Zelda game was Majora’s Mask, as it did something new and different that worked.  Twilight Princess was a fun game, but it was basically Ocarina of Time 2 with a gimmick that hurt more than it enhanced the experience (yes, I’m talking about wolf Link). 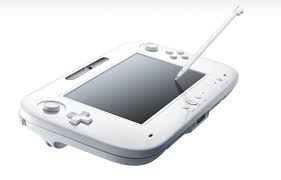 The next big thing or just another gimmick? Only time will tell.

Nintendo did start something with motion controls.  Like they did with touch screens with the original DS, now motion controls are showing up everywhere.  Sony shamelessly ripped off the Wii with its Move peripheral that, as far as I know, has bombed commercially.  Microsoft tried to one-up Nintendo with the Kinect, which offers motion controls without the controller.  It’s done quite well commercially and has tapped into the casual crowd Nintendo has milked the last 5 years, but it has yet to be embraced by the “hardcore” gaming crowd.  Most look at Nintendo’s innovation as a negative, as we now just have annoying waggle games that are hard to fit into today’s modern living room.  I think I’d enjoy the Wii more if it was still 1992 and all of my video game playing was done on a 20″ television set in a small room in the house.  In a wide open living room though where I’m 10′ away from my television it can be a pain in the neck to lounge in a chair and have the sensor bar pick up the remote’s signal.  It’s a far cry from the PS3’s Blu Ray controllers that send a perfect, delay free signal from almost anywhere in my house.  I can basically sit or lay anyway I want and enjoy a video game on my PS3, I can’t say the same for the Wii.  I’m actually dreading on how I’ll have to adjust my playing habits to accommodate Skywayrd Sword.

I’ll give credit where credit is due though, Nintendo’s Virtual Console has been a great success.  I haven’t take advantage of it as much as I probably should have, but it’s been awesome to have almost every great game from Nintendo systems’ past at my fingertips.  Sure, the pricing can be off on some, especially the third-party games where more people need to get paid, but it has been nice to have.  My only hope is that the current Virtual Console for the 3DS is expanded.  Currently, Nintendo is content to just release old Gameboy games on it, but I want to see Super Nintendo and Gameboy Advance games added as well.

"Xenoblade" should at least keep 2012 from completely sucking for Wii gamers.

Which again, leads me back to the question of whether or not the Wii was a success or failure.  As a gaming machine and entertainment device, I feel like I have to rate the system a D+.  That may seem harsh, but I’m holding Nintendo to high standards.  The system has been dead the last few years with only a game or two worthy of attention released each year.  2012 looks extremely bleak for the Wii as only one notable game on the horizon, the eagerly anticipated and almost cancelled Xenoblade Chronicles, which figures to be the last game I purchase for the Wii.  Perhaps I’ll be inclined to bump my rating up to a C- if I come away feeling Skyward Sword is the best Zelda title of all-time (an argument some are willing to make), but a C- is still a pretty poor score for a Nintendo console.  As a result, my level of interest in the Wii U is miniscule.  I simply do not trust Nintendo at this point with home consoles.  Portables sure, but I have a hard time viewing a Nintendo console as the centerpiece for my living room set at this point.  I hope I am proven wrong come the fall, but that seems unlikely at this point.