My blog, affectionately titled The Nostalgia Spot, is definitely centered towards video games and movies.  Every now and then though, I like to post about music.  Here is one such post.  Queen is a band most are likely quite familiar with, even if it’s just for a song or two.  The “Bohemian Rhapsody” scene from Wayne’s World may be the best rock-inspired scene ever created and “We Are the Champions” basically concludes every major championship in America.  I always knew The Beatles were more popular in the US than they were in the UK, but I was still surprised to find out that Queen can boast having the all-time best-selling album in the UK (though I think it’s only fair to point out, Queen’s top album is Greatest Hits, while an actual album, Sgt. Pepper’s Lonely Hearts Club Band represents The Beatles).  The point being, Queen has a claim as one of the biggest acts in the world, though the band is definitely bigger outside of the US than it is within.  Queen is a band that I’ve always had a fondness for, and yet up until recently I only owned compilation albums by them.  I set out to remedy this and was a bit disappointed to find out that current CD releases for the band are a bit pricey, as are the recently remastered box sets.  I dug a bit deeper though and was able to find a brand new copy of their box set The Crown Jewels and I couldn’t be happier.

The Crown Jewels was first released in 1998 to commemorate the band’s 25th anniversary dated back to the release of the first Queen album.  I don’t know how long it was in production for but considering I was able to find a still sealed version in 2013 I would guess it was in production for at least a few years.  Box sets aren’t always huge sellers so it’s not shocking to find some hanging around years after release.  I imagine it’s no longer in production now, having been replaced with a new line of remastered sets titled Queen 40.  Those new sets seem pretty cool, but The Crown Jewels was the best way to get as many Queen albums at once in one purchase.  It contains the first 8 studio albums from the band:  Queen, Queen II, Sheer Heart Attack, A Night at the Opera, A Day at the Races, News of the World, Jazz, and The Game.  Each disc comes packaged in a cardboard sleeve to replicate the original vinyl release, albeit in a smaller form (that’s what the label claims, anyways, it’s entirely possible this was the most cost-effective way to package each disc).  There’s also a booklet containing the lyrics from each album as well as a brief bio from Matt Pinfield (remember him?).  The whole thing is housed in a blue, velvet-trimmed box that makes for a sturdy and attractive way to store everything.  Everything sounds great too.  I’m no audiophile, but Queen were masters of production and often ahead of the game so these albums have aged well.  The remastering of these albums didn’t knock anything out of whack and all of the levels sound appropriate. 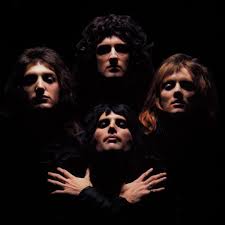 It’s nice that packaging is solid but really it’s rather extraneous because the works within speak for themselves.  The music is what matters most and was the only thing I particularly cared about.  These eight albums represent the band’s best work, though the late entry Innuendo may be worthy of inclusion in that discussion.  At any rate, most agree the band dropped off for a bit with the album Hot Space, which arrived after The Game (I’m ignoring the soundtrack Flash Gordon) when their music embraced a bit too much of the current pop scene.  The albums here are wonderfully varied leading to many people having a different opinion on which one is best.  I’m not sure I can pick one, though there are a few that definitely feel like they’re lesser than their brothers.  I figured I’d do a quick rundown of each album presented here before wrapping things up:

Queen – The debut, and one that failed to find much success.  Queen’s first two albums were mostly ignored by the press, but they’re both worth listening to.  Queen’s first effort is the lesser of the two as the band had yet to find it’s true calling.  The lyrics are mostly fantasy inspired and this was before Queen had a robust production budget as well.  There’s some decent tracks here, but this is definitely the album I’ve listened to the least since purchasing the set.

Queen II – Queen II was mostly maligned by the press.  I can’t tell if they preferred the first album or if they just expected bigger things.  Regardless, I actually like the album quite a bit.  It’s not their best, but it has some interesting arrangements.  “The March of the Black Queen” is a cool little number and I’m practically begging for 3 Inches of Blood to cover “Ogre Battle.”  This album is Queen’s most prog-like which probably makes it more acceptable now than it was when originally released.

Sheer Heart Attack – This is the album that kick-started everything.  It contains the band’s first hit “Killer Queen” as well as other now recognizable tracks like “Now I’m Here” and “Stone Cold Crazy.”  This also is probably the band’s heaviest and most rock-oriented release.  It’s a great album to listen to while driving and a good one to keep coming back to because of the variety in the tracks, something that would become a hallmark for just about every Queen release.

A Night at the Opera – Sheer Heart Attack put the band on the map, while A Night at the Opera catapulted it to number 1.  Casual fans will recognize several tracks from this release including “I’m in Love With My Car,” “You’re My Best Friend,” and of course “Bohemian Rhapsody.”  There are some other, lesser tracks that stand out too such as the opener “Death on Two Legs” and the ballad “Love of My Life.”  A very good album, but I couldn’t help but feel it’s a tad overrated.  I find other albums in this set work better as complete albums.  The presence of “Bohemian Rhapsody,” one of the all-time best songs ever conceived, definitely helps this album out a lot.

A Day at the Races – It’s tough to follow-up a mega-success like A Night at the Opera, and it sounds like Queen basically tried to create a sequel.  In style, the two albums are very similar right down to the cover artwork.  Sequels are rarely as good as their predecessors though, and the same is true for A Day at the Races.  While it contains perhaps Queen’s best opening number, “Tie Your Mother Down,” the rest of the album fails to live up to expectations.  By any standard, this is still a good album, but by Queen’s it’s a bit lesser.

News of the World – This is one of the more interesting albums in the set, or at least, I found it to be.  Perhaps the band felt the production on the previous albums was too glossy, because this one is fairly bare-bones.  There’s less vocal layers, fewer complex melodies, and some songs just sound like they could have been done in one take.  This helps it to stand out amongst a collection like this and for the better.  Not because this approach is necessarily better than the others, but because it suits the material.  This album contains some familiar tunes as well as a few less-heralded songs that stand out such as “Spread Your Wings” and “It’s Late.”  It also contains the punky “Sheer Heart Attack” which lives up to it’s name-sake.  This one turned out to be one of my favorite albums in the set and is one not to be missed.

Jazz – Jazz brings things back to the sound of A Night at the Opera and A Day at the Races  but fails to capture the magic of the former.  It’s a touch better than the latter though, and more casual fans will be happy to find “Fat-Bottomed Girls” and “Bicycle Race” among the songs on this set.  “Don’t Stop Me Now” is another classic and the band’s best party song, but other tracks just fall a bit flat for me.  And good luck making sense of “Mustapha.”  This album just might be the band’s silliest.

The Game – If there was a surprise album for me in this set, it was The Game.  For whatever reason, I didn’t expect much of this album but ended up finding a delightful little gem.  It’s a bit softer than the other albums but the melodies the band made use of are, at times, pristine.  Basically, the first six tracks are just killer and complement each other well.  The album stutters a bit in the last act, but the closing number “Save Me” makes up for it and sets up a nice bookend with the opener.  This one is also one of Queen’s shortest albums as it comes in at under 36 minutes.  At least it makes good use of those 36 minutes.  It’s also the only Queen album to reach number 1 in the US, so maybe it isn’t as overlooked as I thought.

All in all, this is a great collection of music.  If you’re someone looking to get into the band, this would be a worthwhile set to track down.  I suppose digital distribution might be cheaper, but I’m the type that needs a tangible copy of any music, movie, or game that I buy.  Nonetheless, Queen is awesome; this set is awesome; listen to Queen!