It was nearly 3 months ago that Nintendo released its latest handheld, the 3DS, a more powerful version of their Nintendo DS with all new stereoscopic 3D capabilities.  I’m no techie, but I’d say graphically the system is on par with the Wii, perhaps better, which is what drew me in and I was able to convince myself that I needed to buy this thing.

I picked up Super Street Fighter 4 with my shiny new 3DS and looked forward to what the system had in store for me.  I wasn’t real excited to be picking up another copy of SF4, but I ended up enjoying it quite a bit.  I logged a fair amount of hours with it during my morning and evening commutes and found the portable take to be pretty satisfying.  I never did venture online, as that would most likely lead to frustration, and stuck with the single player experience.  The 3D offered nothing, even made the game worse, but I’m of the rare sort that didn’t pick up the system for its 3D capabilities.

I did tire of SF4 roughly after a month’s use and found myself ready for a new game.  Unfortunately, the 3DS library thus far has been putrid.  This is often the fate of early adopters but the 3DS seems especially barren when it comes to games.  Making things worse, the Nintendo eShop wasn’t ready at launch so there wasn’t even anything interesting to download. 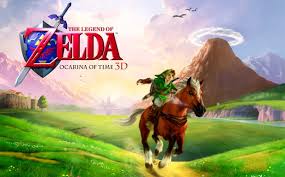 It's been a long wait, but the wait is over June 19th.

Thankfully, this drought appears to be nearing an end.  The eShop finally launched this month with a free version of an enhanced port of the NES classic Excitebike.  I downloaded and can confirm it plays just as well as it always has but with some slight visual enhancements to the color palette.  The 3D effects are even adequate which is a nice surprise.  At the end of the day though, it’s still Excitebike, a 20 year old game that’s free for a reason.  Released shortly thereafter for the price of $5.99 was The Legend of Zelda: Link’s Awakening DX which I also snatched up.  I had never played the Gameboy or Gameboy Color edition of the game (I have no idea why) so I was actually pretty eager to check it out.  It looks and plays the same, but has picked up a handy save state feature which makes it even more convenient, and offers a quirky off-beat adventure when compared with other Zelda games.  I’m not too deep into it, but so far I’m liking it.

The big game on the horizon, set for release this Sunday, is the remake of The Legend of Zelda: Ocarina of Time, arguably the finest video game ever crafted and the inspiration for this post.  I plan on sinking my teeth into that one and expect it will be an improvement over the Nintendo 64 original, I just hope I don’t suffer any Zelda burn-out by playing Link’s Awakening and Ocarina of Time so close together.  It’s the game that pushed over the edge when trying to make a purchasing decision on the 3DS and it’s been a long wait.

If that was the only game to look forward to though then things wouldn’t be much better.  The eShop is likely to continue to see enhanced remakes of classic games but that can’t sustain a system.  Thankfully, last week’s Electronics Entertainment Expo (E3) had a lot to reveal about the 3DS, and these are the games I’ll be keeping an eye on in 2011 and beyond:

Star Fox 64 3D – Sure it’s another remake of an N64 game, but like Ocarina of Time, it’s a beloved game.  It’s also one I missed the first time around so I have some extra interest in it.  Unlike with most 3DS games, I can see the 3D effect actually adding something to the gameplay.  The very nature of the game makes it a good candidate for a portable system, and it promises to have enhanced visuals while retaining the tried and true gameplay.

Paper Mario 3DS – I haven’t been able to confirm if this one is a new game or a remake too, but from the little I’ve seen it looks all new.  The first two Paper Mario games, spiritual successors to the excellent Super Nintendo game Super Mario RPG, were addictive and unique RPG experiences.  Paper Mario 2 was a game I could not put down.  Super Paper Mario for the Wii, and the Mario & Luigi titles for the Gameboy Advance and DS, both have their merits but neither has been able to eclipse the original Paper Mario games.  The unique visual style could also make for an interesting 3D experience.

Kid Icarus Uprising – I don’t really know what to expect from this game, other than it’s the first Kid Icarus game since the NES days and that alone makes it intriguing.  The game looks gorgeous and has been in development for quite some time so there are no worries about a rush job.  It will likely offer a rich experience that combines traditional platforming with some on rails type of flying levels mixed in. 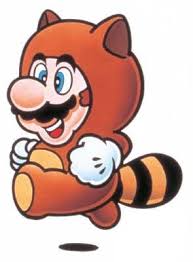 Tanooki Mario is coming back!

console at some point.  It’s also kind of sad he’s rarely available for a system launch anymore.  Nintendo aims to make up for Mario’s March absence this fall with an all-new Mario adventure.  Super Mario 3D will attempt to combine the gameplay and presentation of the excellent Super Mario Galaxy franchise with old school Mario gameplay.  Look no further for evidence of that than with the return of the Tanooki suit from Super Mario Bros. 3.  The levels are also shorter with a clear path and all end with the familiar flag-pole leap.  It’s Mario, so it’s bound to be good.

Luigi’s Mansion 2 – Not to be outdone by his more famous brother, Luigi returns in his ghost-sucking franchise and was one of the surprises at E3.  Luigi once again finds himself in a haunted mansion and armed with his ghost vac and flashlight.  The cowardly plumber will also have some sort of Ghostbusters-like lightning attack to hold ghosts in place so he can suck them up.  Traditional Mario gameplay meets Ghostbusters?  I’m on board!

And that’s not all.  There’s also versions of Mario Kart and Super Smash Bros. on the way.  There will probably be some Mario sports titles as well and maybe even a new entry in the New Super Mario Bros franchise at some point.  Best of all, most of these games are arriving in 2011 giving the 3DS one of the best lineups of any system this fall.  And the 3DS needs it because Sony’s PSP Vita is hot on its heels with some impressive hardware and software due for that one.  The spring has been lousy, but this summer and fall look to make up for it.